Breaks to break the bank for 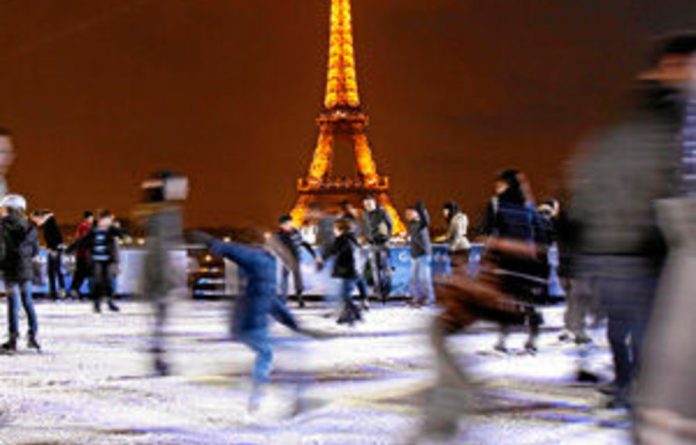 From Francis Ford Coppola’s new hotel in Italy to the genius of Klimt in Vienna, Claire Wrathall has some tempting tips for travellers.

Basilicata
Among the most alluring hotel openings of 2012 promises to be Palazzo Margherita, the latest addition to Francis Ford Coppola’s portfolio of superb yet unfussy hotels. Back in 2004, the film director bought the 19th-century hilltop palazzo (palazzomargherita.com) in Bernalda, where his grandfather was born, as a private holiday home. But on February 1 it will open as a hotel, its nine rooms designed by the doyen of Parisian interiors, Jacques Grange, whose projects have ranged from Yves Saint Laurent’s chateau in Normandy to the revamped Mark hotel in New York. It’s a 15-minute drive from the coast and the closest airport is Bari, 82km away.

Vienna
This year marks the 150th anniversary of the birth of Gustav Klimt, and the city is celebrating with a succession of exhibitions. From February 14 to May 6, its Museum of Fine Arts (khm.at) is hosting a major show of his early work. The Leopold Museum (leopoldmuseum.org) will stage Gustav Klimt: Up Close and Personal (February 24 to August 27) featuring not just pictures, but also the artist’s travel diaries and letters from his muse Emilie Flöge. From March 14 to June 10 the Albertina (albertina.at) will mount a show of 170 drawings. And from May 16 to September 16 the Wien Museum (wienmuseum.at) puts its entire Klimt archive of 400-plus paintings, drawings and posters on show for the first time. In the meantime the Belvedere (belvedere.at), whose substantial permanent collection of Klimts includes The Kiss, is hosting Gustav Klimt/Josef Hoffmann: Pioneers of Modernism until March 4. The very central, cosy and old-fashioned Pension Suzanne (pension-suzanne.at) has doubles from €109, including breakfast.

Visby
Once a major Hanseatic port and still the best-preserved walled medieval city in Scandinavia, Visby, on the island of Gotland, is also Sweden’s premier party destination. From mid-June to mid-August, Stockholm’s club scene (as well as a large tranche of the city’s pluto-cracy, who have beach houses here), heads 160km south of the capital to the island. Here, the Kallis beach club (kallisvisby.se) has resident DJs and live music from midsummer onwards, though as the light begins to fade, most revellers head into town to Burmeister (burmeister.se) and Gutekallaren (gutekallaren.com). Sleep off the night’s excesses at the Hotel Stenugnen (stenugnen.nu) inside the city walls, which has modern minimalist doubles from £120.

Boston
Crucible of the American revolution, Boston may be best known for its historic sights, but it’s equally rich in attractions for art lovers, with three fine galleries: the Museum of Fine Arts (mfa.org), the Institute of Contemporary Art (icaboston.org) and the venerable Isabella Stewart Gardner Museum (gardnermuseum.org), where a $118-million steel, glass and copper-clad extension by Renzo Piano opens on January 19. (This will be an important year for Piano, who has also designed the new €80-million Astrup Fearnley Museum of Modern Art in Oslo, with an astonishing curved glass roof, due to open in September — and the Shard in London.) Boston is also a good bet for a bargain: unlike New York there’s no sales tax on clothing priced at less than $175, and tax on other purchases is just 6.25%.

Paris
To enjoy the work of designer India Mahdavi, you’d normally need to check in somewhere swanky: the Connaught in London, where she designed the Coburg Bar; the Monte Carlo Beach; the Peacock at Rowsley in Derbyshire, for example. Late last year, however, saw the opening of the 15-room Hotel Thoumieux (thoumieux.fr) on the Left Bank, close to the Eiffel Tower, which is Mahdavi at her most exuberant — a riot of clashing patterns and skewed lampshades. Yet it has rooms from €150, including espresso-maker, iPad, Aesop toiletries and a complimentary minibar full of soft drinks.

You may find yourself spending rather more on dinner if you choose to dine in, for the chef is Jean-François Piège, latterly of the palatial Hotel de Crillon, where he had three Michelin stars. He has already won one for his first-floor restaurant here.

Guimarães
Just over 50km from Porto, Guimarães is the more obviously alluring of this year’s European Cities of Culture. (Maribor in Slovenia is the other.) The capital of ancient Portugal till the 12th century, this buzzy little university town has an exquisite medieval centre — a Unesco World Heritage Site — ancient mansions, churches, squares and a few museums, all overlooked by an impressive 10th-century castle with seven castellated towers. It also has two pousadas (pousadas.pt), the good-value state-run hotels converted from important historic buildings. Just outside town, Pousada Santa Marinha (from €94) occupies a 17th-century Augustinian convent, though most of the rooms are in a modern annexe. Right in the centre, the 16-room Pousada Nossa Senhora da Oliviera (from €77) was formerly a 16th-century manor house. For details of exhibitions and events, see guimaraes2012.pt.

Butrint
The Ionian island of Corfu has much to recommend it in itself, but it’s also the gateway to Butrint, a few kilometres across the sea on the Albanian coast. A Unesco World Heritage Site at the heart of a huge national park, the remains of this 2?500-year-old Roman city form one of Europe’s greatest yet least visited archaeological sites, with a splendid Greco-Roman temple. Boats leave the port at Corfu Town for the city of Saranda at 9.15am (ionian-cruises.com).

Northern Lights
As wonders of the natural world go, the northern lights are among the most astonishing, but equally the most fickle and least possible to predict. Over the next few months, so Nasa says, there should be a better-than-average chance of witnessing them thanks to the solar maximum, a period of high solar activity that occurs every nine to 14 years. Even so, there can never be guarantees. —