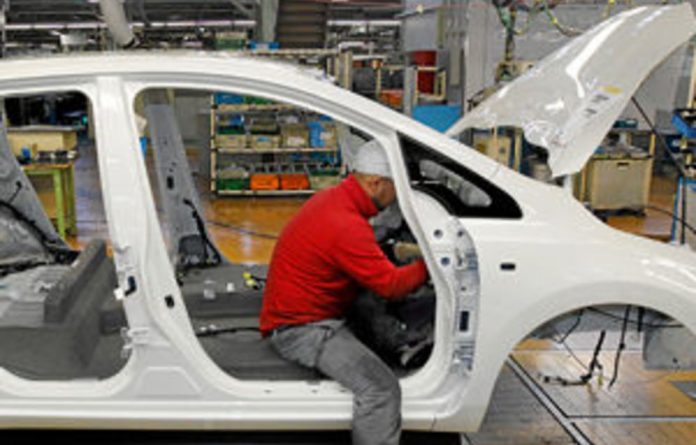 Detroit’s motor show opens to the public on January 14 after more than 5 000 journalists from 50-plus countries descended on the city’s Cobo Convention Centre this week for a first look at the hottest new vehicles.

Once again the world’s top car manufacturers are showcasing electric cars and hybrid vehicles. BMW, General Motors, Lexus, Mercedes-Benz, Nissan, Toyota and Volvo all have new electric or hybrid cars to show off. As usual they will garner huge amounts of coverage. But will anyone buy them?

The signs are not good. Last year General Motors’s Chevy Volt was named car of the year at the Detroit motor show, beating the Nissan Leaf. Both cars are hybrid models using a battery and old-school combustion engines to get from A to B.

They were heralded as the first mass market electric cars. But neither has proved a hit with consumers. Both missed their 10 000-vehicle sales targets for the year — the Leaf only by a fraction and the Volt by more than 2 000.

By comparison, Toyota sold 308 510 Camrys last year. As if to rub it in, the new year got off to a bad start for the Volt, with General Motors asking owners to bring their cars into dealerships after identifying problems with their batteries.

Some analysts are predicting this could be a pivotal year for the industry’s flirtation with alternative fuels. After the worst recession in living memory, car sales are bouncing back.

Overall, vehicle sales were up more than 10% in the US last year. But although consumers returned to the showrooms, sales of “alternative power source light vehicles” rose just 2.3%, according to industry analysts Ward’s Auto.

Even motor industry executives are not optimistic. A survey of global car executives by auditing firm KPMG recently indicated that they do not expect electric car sales to exceed 15% of annual global car sales before 2025. This figure is still far higher than that provided by most independent analysts.

“This could be a crunch year,” said Ed Hellwig of vehicle analysts Edmunds.com. Consumers will have access to more choices in alternative fuel cars than ever in 2012.

“This could be the year when we see whether this is really ready to go mainstream or that the public just aren’t interested,” he said.

Sales of hybrid cars in general have been flat for the past few years, said Anthony Pratt, director of forecasting at industry analysts Polk. Even in Europe, where petrol prices are far higher, the electric and hybrid market remained tiny, he said.

Alternative fuel cars are competing with vehicles from manufacturers that have undergone a Damascene conversion to energy efficiency. Detroit’s big three in particular suffered terribly after betting their businesses on petrol guzzling behemoths as the recession bit and fuel prices soared. Now all the major companies boast fuel efficient technology and less thirsty cars that make the switch to hybrid or electric vehicles more difficult for consumers on a purely economic level.

Paul Taylor, the National Automobile Dealers Association’s chief economist, said that much to the chagrin of car manufacturers and the green lobby, consumers were conducting a “rational cost-benefit analysis”. He said: “People are enthusiastic about hybrid and electric cars but when they see how much they cost, they want to test drive something else.”

However, new fuels are going to play an increasingly important role, Mason said. “With any new technology you need to bring the price down and get the infrastructure right. That is going to take some time.”

In the long term, alternative fuels will receive some significant boosts. The US has asked manufacturers to make 35.5 miles per US gallon (mpg) — equivalent to 15km a litre — standard by 2016, far above today’s 22mpg average. By 2025, the US wants manufacturers to have doubled fuel efficiency.

Furthermore, some states require manufacturers to have at least one zero-emission car in their fleets.

Meanwhile, few expect the car-makers to cut back their heavy investment in new technologies. “It’s the price of poker,” Pratt said.

“Manufacturers have to be involved in the latest technology. But that technology is in its infancy and the next five years could be even more challenging.” —