Celebrity showbiz tactics leave us in the fracking dark 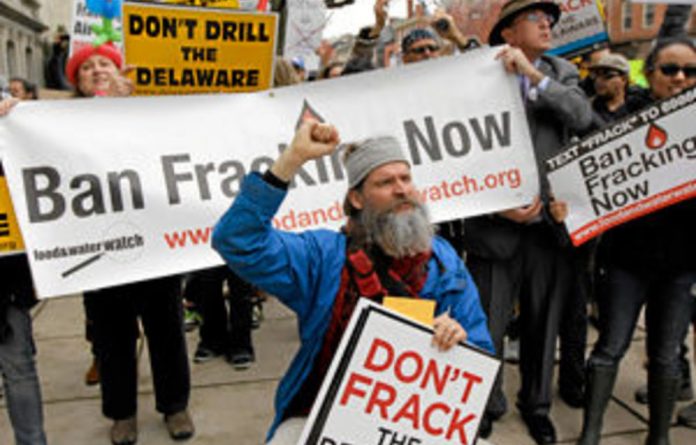 I had more than a sense of disquiet when the local anti-fracking lobby launched with ice-water swimmer Lewis Pugh as the face of its campaign.

Pugh is an environmental campaigner, maritime lawyer and motivational speaker.

I have no problem with what he does, but it bothered me that the anti-frackers opted to have a celebrity as its champion.

My preference would be for the facts to be rolled out and for the issue to be decided on a rigorous examination of these facts rather than using showbiz to get the message across.

Perhaps in part through Pugh’s intervention, fracking has quickly formed in the South African mind as just about the worst thing that could ever visit our lovely shores, never mind the magnificent Karoo.

A random tweet a few weeks back, which noted that South Africa had made the front page of the New York Times — but for the wrong reasons — seems to sum up this sentiment.

The story was that we are one of a number of developing countries in which fracking presents potentially significant risks because poor regulation may mean that the industry can play fast and loose with the environment. The stunning thing about this New York Times story, though, is that although it worried about fracking in South Africa and Poland, it did not mention that it is already a huge industry in the US, contributing 23% to natural gas production, up from just 2% 10 years previously.

You could understand this big jump in production if the Republicans were still in charge; after all, they give us the mantra “drill, baby, drill”.

But one of fracking’s biggest supporters is none other than President Barack Obama, who has been encouraging the export of this US-developed technology to the rest of the world.

Fracking is controversial. Its supporters see it as nothing less than a paradigm shift, a game-changer that can radically reshape geopolitics.

South Africa — with shale-gas reserves estimated to be the fifth-largest globally according to one account — potentially stands to reshape its energy landscape dramatically.

Under ideal scenarios, it is possible to imagine the national fleet running on gas and electricity being produced regionally and locally, independently of the Eskom monopoly.

We could move from running a trade deficit to a surplus and from being a debtor to a creditor nation.

Fracking a concern for the environment
But at the same time, fracking’s critics rightly worry about the contamination of scarce water sources, the use of chemicals in the process, of the vast amounts of water fracking requires and the mess it is likely to create, especially in pristine areas such as the Karoo. Recent reports have even linked earthquakes and tremors in Ohio to fracking.

The National Planning Commission indicated in its recent Vision 2030 report that fracking could have a significant positive impact on the economy.

Unhappily, though, government is establishing a policy environment for fracking in just about the worst way it could: using a faceless, nameless committee to come up with a report that will go to Cabinet within weeks.

The Treasure the Karoo Action Group won a court order this week requiring Mineral Resources Minister Susan Shabangu to provide reasons for why her department did not want to disclose details about the task team investigating fracking.

What this story needs more than celebrities and spin is clarity.

The rewards to the country are potentially huge, but so are the risks. Transparency in policy formulation would be a good place to start.