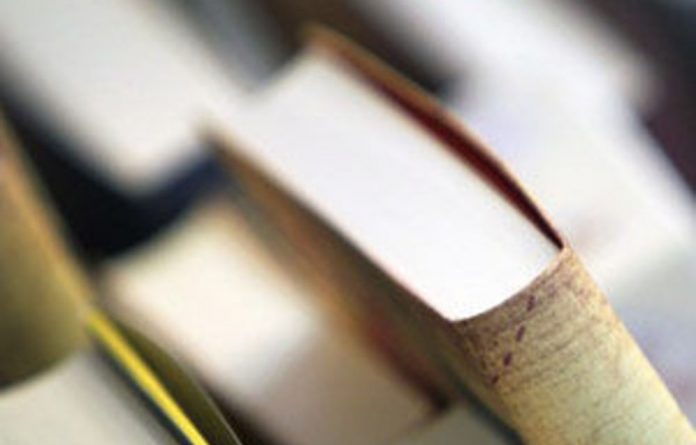 Social activists in Grahamstown have accused police of assaulting and laying spurious charges against prominent social activist Ayanda Kota in retaliation for his anti-government stance.

Kota, chairperson of the Grahamstown-based Unemployed People’s Movement (UPM) and convenor for the Eastern Cape branch of the Right2Know campaign, was allegedly assaulted by police at the Grahamstown police station on Thursday.

Police tried to arrest Kota after he presented himself at the police station to respond to charges that he had stolen two books from a Rhodes University lecturer last year, and had borrowed another and failed to return it. An altercation ensued.

According to the UPM, Kota was assaulted by police officers and dragged, bleeding to the holding cells as his six-year-old son looked on. But the police maintain that Kota tried to resist arrest and that it was he who had assaulted police.

Richard Pithouse, a Rhodes lecturer with close ties to the UPM who witnessed the event, said the charges were ludicrous. “You can’t go to the police station and then be accused of resisting arrest,” he said. “This is plainly an attempt to intimidate a person who has consistently and effectively embarrassed the local ANC.”

The Right2Know Campaign has called for an investigation of the incident and action against the SAPS members responsible for the alleged assault. “Many will see the police attack on Kota as further evidence of a rise in state repression — increased militarisation and centralisation of power in an increasingly unaccountable security cluster of the state [and] growing authoritarianism,” it said.

A history of protest
Local activists say that the alleged book theft is being used as a pretext to stifle Kota, who has been in frequent conflict with authorities since last year, in a province that has a reputation of being one of the worst-run in the country.

Last year, Kota and three others were arrested following a violent conflict between police and residents of the Phaphamani squatter camp, who blockaded the streets in protest against a lack of access to water. Local organisers called Kota and his colleagues from the UPM to the scene, and they were then arrested. The charges were dropped six months later.

Civil society organisations in the Eastern Cape say there has been a build-up of conflict between the UPM, the local ANC, police and student activists at Rhodes University over time and point to a document that circulated last year, allegedly written by and distributed within ANC structures in the Eastern Cape, which details ways in which to discredit and undermine Kota as evidence of the history of this antagonism. The Mail & Guardian has been unable to verify its authenticity.

Kota and the UPM did not endear themselves to the authorities when they highlighted the use of the bucket system in Grahamstown in Cutting Edge, a SABC documentary. At a panel discussion last May, an ANC member allegedly threatened Kota, saying “you will be buried in the township”.

Jane Duncan, a journalism professor at Rhodes University and patron of the UPM, wrote to the Eastern Cape secretary of the ANC to complain about the incident and urged the party to investigate.

Kota has been described as a “tireless campaigner for democracy and social justice”, a “provocative personality” and “Malema maverick”, who has made a lot of enemies. His protest tactics are not always subtle. On one occasion he organised a protest involving township residents who still rely on the bucket system for sanitation, and led them in emptying their buckets in the foyer of the Makana Municipality building.

It’s been alleged that his arrest on Thursday may have been linked to his vocal support for another local activist, Ben Mafani.

Mafani was arrested last Friday after throwing stones through the windows of the Grahamstown High Court, to demand that the people of Glenmore, who were forcefully removed from their homes during the apartheid era, be returned to their land. Mafani has repeated this form of protest action on a number of occasions.

‘No vendetta’ say police
Constable Mali Govender of SAPS Grahamstown said there is nothing sinister about Kota’s arrest. “A case of theft had been opened against the subject in August and the public prosecutor made a decision to charge the suspect,” she said, adding “We are not here to target any movement, be it political or apolitical. We are here to police. There is no vendetta.”

The police have denied any acts of brutality took place and insisted that the police officer affecting the arrest had acted within the confines of the law.

But Sarah Sephton, regional director of the Legal Resources Centre, said when charges of book theft were brought against Kota “police should have laughed at [it] but instead, because it’s Ayanda, they took it seriously”.

Duncan concurred, saying, “There is more serious crime in Grahamstown. One can hardly consider the misplacement of three books to be theft.”

“It’s difficult not to see this as police seizing on a relatively minor charge in order to get back at him. Their actions don’t appear to be the actions of impartial and unbiased officials,” she said.

A private matter
The books in question — The Communist Manifesto, The Antonio Gramsci Reader: Selected Writings 1916-1935 and The Marx-Engels Reader — belonged to sociology lecturer Claudia Martinez-Mullens.

She loaned the books, which had belonged to her close friend, apartheid activist and poet Dennis Brutus, who died in 2009, to Kota last year. Having been unable to get them returned, she resorted to laying charges of theft against him. The UPM maintains that Kota had misplaced the books and had offered to replace them.

A one-time supporter who, she says, paid money towards his legal fees in the Phaphamani case, Martinez-Mullens has come under fire from local activists for refusing to drop the theft charges.

Vishwas Satgar, a spokesperson for socialist movement the Democratic Left Front, which has links to the UPM, said Martinez-Mullens had “played right into the police’s hands”. “Police intervention in the matter was uncalled for,” he said.

But Martina-Mullens has defended her actions. She maintains that the issue is a private matter between Kota and herself. On Friday, she distanced herself from the political subtext behind the incident. “This is getting out of control and it was not my intention,” she said. “This is a private issue. I’m not interested in any political issues that other people are using.”

Kota appeared at the magistrate’s court on Friday morning and was released on R500 bail.

Following his release, Kota said: “I am not broken. I am rejoicing. If this is the price to pay for change, I’m prepared to pay it.” He said the charges against him were a form of harassment. “It’s part of police brutality and of police criminalising the struggles of the poor,” he said.

The case has been remanded to February 29.