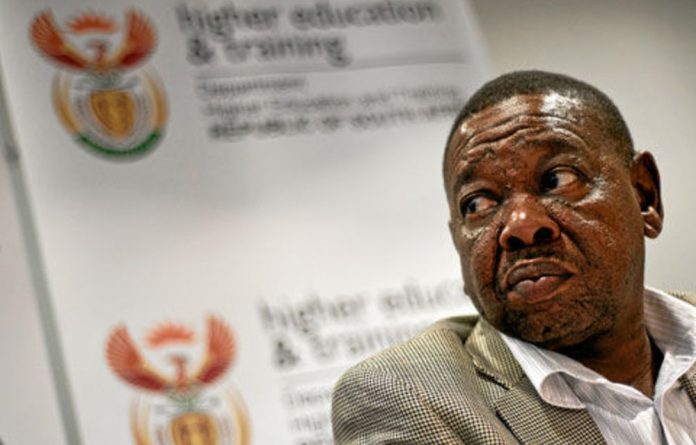 Minister of Higher Education and Training Blade Nzimande’s proposed solutions to this week’s tragic incident at the University of Johannesburg (UJ) have received mixed reviews from educationists.

The scenes at UJ put two burning concerns about post-school options into the spotlight: the inability of universities and further education and training (FET) colleges to accommodate the many thousands of young people desperately chasing too few meaningful education or training options and the chaotic application procedures at some universities.

Nzimande said a centralised application system would obviate pressure from late applicants such as UJ had experienced, as would prohibiting walk-in applications. He also said school leavers should view FET colleges and skills programmes facilitated by the sector education and training authorities (Setas) as viable alternatives.

Experts gave qualified approval to Nzimande’s proposal of a centralised application system. “This is a common practice in other countries such as the United Kingdom,” said UJ education professor Shireen Motala. “It streamlines admissions.”

But the University of Cape Town’s dean of higher-education development, Nan Yeld, cautioned that universities should retain autonomy in their admissions requirements. A central admissions process “must play a purely administrative role”, she said. UJ offers undergraduate diplomas and traditional bachelor’s degrees. It received more than 90 000 new applications for 2012, but its first-year intake is 11 000.

Desperate for diplomas
The Tshwane University of Technology predicted it would receive between 15 000 and 20 000 late applicants by the end of the week. Like UJ, it offers career-focused qualifications and diplomas as well as technology degrees.

The Durban University of Technology, which also offers diplomas and technology degrees, was “inundated by walk-ins” on Monday, said Alan Khan, the senior director of corporate affairs. Applicants were told to come back after the registration of students who had already been accepted at the end of the month.

There was less pressure from late applicants at Wits University, a short distance from UJ, with about 1 000 prospective students a day inquiring about late applications. Wits does not offer undergraduate diplomas.

Of the almost 500 000 learners who wrote matric in 2011 full-time, about 120 000 achieved marks high enough to be considered for admission to bachelor’s degrees. This puts about 380 000 school leavers under extreme pressure. They either failed matric or received a pass level that makes them eligible to study only for university diplomas or at a FET college. According to Nzimande, there are places for only 50 000 new entrants at FET colleges.

Martin Prew, the director of the Centre for Education Policy Development, said that there were “hopelessly few” places at FET colleges. “The technical education sector needs huge expansion but many of these institutions are struggling to get competent lecturers.”

Joy Papier, the director of the University of the Western Cape’s FET Institute, said: “Additional institutions are needed as well as a very creative use of post-school facilities such as police and teacher academies.”