Oprah celebrates her class of 2011 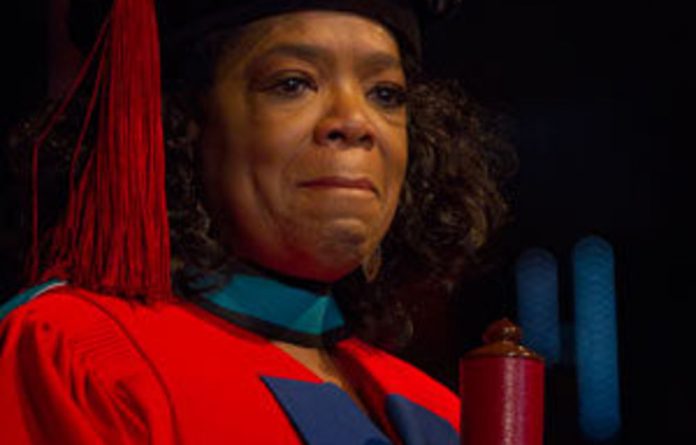 Winfrey spoke on Friday on the eve of the first graduation at her school. Of the 75 students who started at the Oprah Winfrey Leadership Academy for Girls in 2007, 72 will graduate on Saturday.

All are headed to universities in South Africa and the United States to pursue studies such as medicine, law, engineering and economics.

Across South Africa, more than half a million members of the class of 2011 disappeared before the 496 000 remaining took their final exams. Only a quarter of those who graduated did well enough to qualify for university study.

“We’re taking a victory lap here, for transformation,” Winfrey said. “Every single girl is going to leave here with something greater to offer the world than her body.”

South Africa is struggling to overcome the inequalities of apartheid, which ended in 1994. There are too few schools at all levels, and many lack basics such as libraries and are staffed by undereducated teachers.

‘Just to change one girl’
Earlier this week, a stampede at one of the University of Johannesburg campuses killed a mother who had accompanied her son to an in-person application day. Thousands were vying for a few hundred spots at the university.

Winfrey, who spent $40-million on her campus, said her focus was “just to change one girl, affect one person’s life”. But she acknowledged hers “is not a sustainable model for most people in most countries”.

Another new class starts at Winfrey’s school next week. But to help more young Africans, Winfrey said she would be working with established philanthropies to identify schools around the developing world that can be strengthened with money.

She hopes to adapt some of the practices of her school, including creating strong support networks for students.

“It takes a lot of support, it takes a whole team,” she said, saying teachers and communities would have to be active participants.

Her focus on girls was not among the strategies she would change. Winfrey said studies have shown helping girls helps entire communities, in part because girls and women give back so much.

“I know what it’s like to be a poor girl with your heart’s desire to do well in the world,” she added. “I chose to use my philanthropy to do what I know.”

Defamation
Winfrey said she also might work more quietly in the future, to spare those she helps the kind of scrutiny celebrity draws.

The achievements at Winfrey’s school came despite turmoil in its first years.

A woman working as a dormitory matron at the school was accused of abusing teenagers soon after it was opened. She was acquitted in 2010. Winfrey, who has spoken of being abused as a child and called the allegations against the matron crushing, and has said the trial’s outcome was “profoundly” disappointing.

Winfrey settled a defamation lawsuit filed in Philadelphia by the school’s former headmistress, Nomvuyo Mzamane, who claimed Winfrey defamed her in remarks made in the wake of the scandal.

Last year, a baby born to a student at the school was found dead. The events would have been newsworthy had they involved any school, but drew particularly frenzied attention because of the Winfrey connection.

As a celebrity, Winfrey said: “All of your mistakes are amplified and show up on the evening news.”

Winfrey said there were times when she wondered if her project would fail, but she could not give up, both for herself and for Nelson Mandela, who she says inspired her to build the school.

Elitists
South Africa’s education problems result from decades of black people being denied resources and dignity under apartheid. Since the dawn of multiracial democracy in 1994, progress in righting the educational and other wrongs of the past has been slow and fitful.

Graeme Bloch, an education specialist at Johannesburg’s Wits University, said he is among those who worry elite schools like Winfrey’s can produce elitists. But he praised Winfrey for trying to ensure her students understood they needed to give back to their communities.

The Winfrey students, who call their school’s founder Mam Oprah, lectured in their communities about Aids, created and ran breast cancer awareness campaigns, even picked up trash in the streets of Henley-on-Klip, where the school is located.

Winfrey’s was among just 544 out of about 6 500 South African schools whose entire graduating class passed national final year exams last year. Many of the schools with a 100% pass rate were either private like Winfrey’s, or among the best public schools that had been reserved for whites under apartheid and received the bulk of public school funding.

Laurence Corner directs the Student Sponsorship Programme, which for the past decade has raised funds from corporations and individuals to place promising students from South Africa’s poorest communities in its best schools.

Corner said that while his own programme and schools like Winfrey’s can enroll relatively few students, they have wide impact.

Entire communities start to see their young people have potential, and people are inspired to become philanthropists, he said.

“It’s very important for disadvantaged communities to have role models from their own communities,” he said. — Sapa-AP