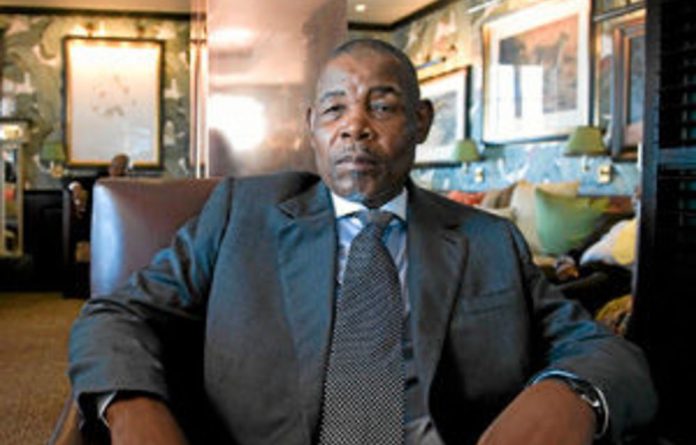 The succession race for the position of judge president of the North and South Gauteng High Courts has begun and has taken on political overtones.

South Gauteng High Court Deputy Judge President Phineas Mojapelo is being pitted against Dunstan Mlambo, a former judge at the Supreme Court of Appeal and now the judge president of the Labour Courts, and Jerry Shongwe, who heads the North Gauteng High Court. The battle is perceived as a progressive pro-Constitution camp pitted against a transformation-driven grouping that is more in line with the government’s view that the judiciary should be brought into line, particularly since the defeats suffered by the government in the courts.

The lobbying for candidates to replace the Judge President Bernard Ngoepe is intensifying before the Judicial Services Commission’s deadline for nominations on February 3.

Ngoepe will retire from the influential position when his term comes to an end in October and President Jacob Zuma is expected to appoint a successful candidate with effect from November 1.

Several top lawyers told the Mail & Guardian that the Black Lawyers’ Association would prefer a “militant” candidate who would push for the transformation of the judiciary. This followed complaints by the ANC leadership that the judiciary was serving the agenda of “liberals”.

In recent months, courts have ruled against the government, including declaring Zuma’s attempts to extend Chief Justice Sandile Ngcobo’s term in office.

‘Separation of powers’
ANC secretary general Gwede Mantashe has also repeatedly lambasted judges and once said: “Every time there is legislation that passes through Parliament, there is a threat that it will be taken to court and the court might position itself emotionally to reverse it. That’s a problem.”

A few months ago, Zuma said that, although the separation of powers was important, courts should not be more powerful than the government.

“In as much as we seek to respect the powers and role conferred by our Constitution on the legislature and the judiciary, we expect the same from these very important institutions,” he said.

“The powers conferred on the courts cannot be superior to the powers resulting from the political and consequently administrative mandate resulting from popular democratic elections.”

The Cabinet has since decided to subject all decisions by the Constitutional Court to review by an as yet unnamed body.

Nokukhanya Jele, spokesperson for the National Association of Democratic Lawyers, said Mojapelo was an obvious choice for the position because he has been a deputy judge president for a long time and was highly experienced.

Jele also said that the association’s national executive committee had endorsed the nomination of Mojapelo and would soon submit a written letter to express its support for his nomination.

“He is the logical person to step into Ngoepe’s shoes,” Jele said. “The judge has been involved in important discussions within the justice ministry, including the Superior Courts Bill, restructuring of the courts and case management. These legal issues are going to permanently change how the courts function. It is therefore unfair to say he is not militant enough to be the judge president as suggested.”

His detractors singled out his virulent criticism of Zuma for extending Ngcobo’s term as evidence that he was part of the liberal agenda fighting the ANC-led government through the courts. In an article in the Sunday Times, Mojapelo cautioned Zuma against the extension of Ngcobo’s term, saying it could plunge the judiciary into a crisis.

Transformation of the judiciary
Another frontrunner for the position is Shongwe. In 2005, he was appointed to handle the hearing of the Zuma rape case after Ngoepe recused himself. But the defence objected as he had apparently scrapped an urgent application by Zuma in 2003 to obtain information about his corruption investigation and also ordered him to pay the state’s legal costs. Zuma has a child by Shongwe’s sister.

The other frontrunner favoured by the Black Lawyers’ Association is Mlambo, seen by some as a maverick who could speed up the transformation of the judiciary.

During the JSC hearings for his candidature to the Constitutional Court in 2009, Mlambo said he supported affirmative action based on his own experiences.

“The court orderlies were actually surprised to say we did not think our people could be judges,” said Mlambo.

“He has made a huge difference in the labour courts’ administration, the handling of cases, clearing of backlogs and ensuring more permanent judges,” a labour court judge, who did not want to be named, told the M&G.

Black Lawyers’ Association’s president Busani Mabunda declined to comment about his organisation’s nomination. Mabunda said the association’s national executive committee would decide on the nomination at two-day meeting to be held this weekend at the OR Tambo International Airport.

“The process of nomination is underway. We are not at this stage aware of any of the three candidates having been nominated and accepting nominations,” said Mabunda.

“We are similarly unaware of any other candidates having been nominated and having accepted nomination. We are also not aware of any rift between the Black Lawyers’ Association and the National Association of Democratic Lawyers regarding the preference of specific candidates,” he said.

Mabunda said the position demanded a highly qualified person because, as head of the North and South Gauteng High Court, the successful candidate would be expected to run one of the busiest courts on the African continent efficiently.

“We will support the candidate with good administrative skills and who commands respect of colleagues as well as the legal profession, has handed out quality judgments and is accessible to all stakeholders.”

The interviews for the position of the new judge president, which will be conducted in public, take place in April at the JSC offices in Johannesburg.

Meanwhile, the position of deputy judge president of North and South Gauteng High Court, Willem van der Merwe, will become vacant. He has decided to retire at the end of the year.

Van der Merwe was one of the judges appointed to investigate allegations of fraud and corruption in the arms deal but later pulled out, citing personal reasons.