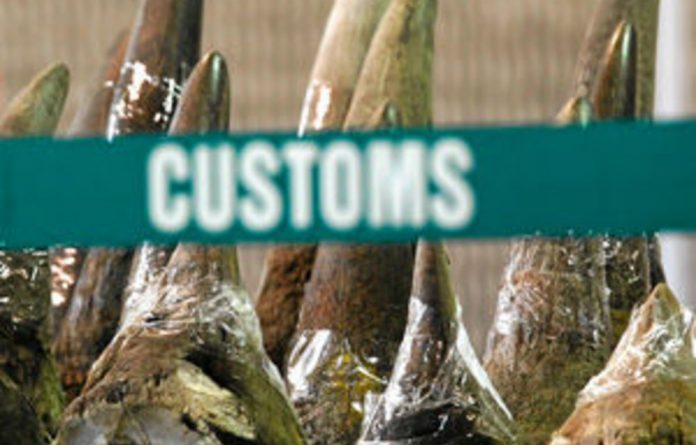 Pressure on the government to stem the slaughter of rhinos is mounting in the run-up to public hearings on poaching that will be hosted in Parliament later this month.

With fatalities rising to an all-time high of at least 443 last year and reports that eight rhino carcasses were found with their horns removed in the Kruger National Park this week, angry electronic petitions have gone viral.

A global Rhino Ultimatum, which has drawn more than 11 500 signatures in the past few weeks, threatens agricultural and tourism boycotts if the government does not meet demands to “halt the imminent extinction of the rhino species”. The campaign was organised by the International Animal Rescue Foundation, a global justice network, with input from local anti-cruelty groups. It says that by November last year two rhino sub-species — the Western African black rhinoceros and the northern white rhinoceros — were declared extinct by the International Union for the Conservation of Nature. The Javan rhinoceros of Southeast Asia may also be extinct.

“South Africa, home to two of the remaining rhino species — the critically endangered black rhino and the endangered white rhino — is the guardian of 95% of the last remaining rhino alive in the world today,” the ultimatum states. It questions the government statistics that there are about 22 000 rhinos in South Africa and says “reputable wildlife conservationists” estimate the number to be between 9 500 and 11 000.

One of the demands is for a moratorium on the issuing of permits for trophy hunting, because it says they are being laundered to smuggle horns to Asian countries for medicinal use. “A recent report showed that, over the past three years, at least 69% of rhino trophy-hunting activities have fronted for illegal trafficking and trade in horn with the Far East,” the ultimatum states.

The “legal unethical hunting of rhino” promises to be a heated item on the agenda of the public hearings that were convened by the chairperson of the portfolio committee on water and environmental affairs, Johnny de Lange, on January 26.

Figures have since shown that 176 rhinos were hunted between 2009 and mid-2011 in North West Province, where members of a Thai syndicate were arrested in July on charges of illegal hunting. Most of the 176 hunting permits were issued to Asians.

A furore erupted earlier this month when Ezemvelo KZN Wildlife, the conservation authority, announced that it had sold a white rhino hunt permit to a local businessperson, but all the other permits were issued to foreigners, including 11 Vietnamese.

Figures from other provinces were not available at the time of going to press.

In an attempt to tighten control on hunting permits, Environment Minister Edna Molewa published proposed amendments to the “norms and standards for the marking of rhinoceros horn and hunting of white rhinoceros for trophy hunting purposes” in October. These included microchips in horns and ensuring that hunts were conducted under the supervision of an environmental management inspector.

Another controversial topic at the public hearings will be the leakage of stored rhino horn from private and government stockpiles. The Rhino Ultimatum calls for the immediate destruction of all stockpiles of horn, which it estimates to be between 10 000kg and 12 000kg in weight. At the going rate of about $60 000 a kilogram on the black market, it is worth at least $600-million.

“If the South African government has no motive to profit from stockpiled rhino horn, it would have burned the stockpile already, as Kenyan authorities do with confiscated elephant tusks,” it says.

“The government is seen to be contradicting the proven fact that rhino horn has no medicine value to human beings by stockpiling horns. It directly and knowingly reinforces the value that criminal syndicates place on it.”

Campaign organisers, who did not respond to Mail & Guardian inquiries, plan to raise 250 000 signatures before handing their demands to President Jacob Zuma, government ministers, the United Nations, the African Union and several international conservation authorities on February 22.

But private rhino owners, who have their own petition with 4 349 supporters, oppose the objectives of the Rhino Ultimatum.

“The problem with people we fondly or not so fondly call ‘greenies’ is that their ideas are seldom practical. If we followed the suggestions on this website, I am absolutely certain that it would lead to the extinction of our rhinos.

“The old adage comes to mind on behalf of our rhinos: Who needs enemies with friends like these?” said John Hume, a breeder in Mpumalanga who has the biggest private rhino farm in the world. Stopping hunting with permits would result in more orders for rhino horns placed with the poachers, he said. “At least the hunting with permits is mostly for males. The poachers will slaughter females and even lactating mothers.”

Destroying the stockpiles of horns would generate “a flurry of activity from the people in the rhino-horn mafia syndicates directed at securing as much horn as possible, because they will know that the rhino will be on its way to extinction. This horn will be secured only by way of poaching rhino.”

Illegal hunts ‘the worst’
The owner of a private nature reserve who recently sold his breeding herd of six rhinos says poaching and illegal hunting have hammered the market, particularly for ethical sellers.
Noel Joughin raised a small family of white rhinos on his Free State farm. It grew over the past 16 years to comprise one male and two females with calves. He decided to sell them because he was running out of space for the growing population and the costs of feeding them were rising; security was a minor concern in the sale.

About four years ago, when he had only three adults, he was offered R1-million for the group. Now he got the same price for all six rhinos, mainly because he insisted on selling them as a family unit.

“We could have got R400 000 for the male alone if we had been prepared to split them up but we wanted to keep them as a happy breeding herd,” he said.

After rejecting several unsuitable buyers, he approached nature conservation authorities but did not even bother to negotiate a price with them because he suspected they wanted to sell the rhinos on for hunting.

“As far as I am concerned, the illegal hunting that is going on is worse than the poaching,” he said. “My experience was that finding buyers is not a problem, it’s finding suitable buyers that is difficult.”

Several private rhino owners and conservation economists have argued that the only way to satisfy the demand for horn that has spiralled out of control since 2008 is to farm the animals and flood the market.

John Hume, who owns the world’s largest private rhino breeding facility in Mpumalanga, said the only way to save them from extinction was to legalise the trade in horn.

“I can almost guarantee you that the unethical hunters will never kill a rhino that is capable of producing 1kg of horn a year and living till the age of 35 or 40,” he said.

But a recent article in Vietnam’s Thanh Nien newspaper indicated that horn suppliers in South Africa were helping to fuel the demand for rhino horn.

A wildlife trade expert from the monitoring network Traffic, Tom Milliken, said he disagreed with South African game farmers lobbying for legal trade because there was no one to “negotiate” with, except the criminal syndicates.

That came to an end after a special unit called the national joint operational and intelligence structure was set up to combat poaching. Investigators were told by the Hawks and the National Prosecuting Authority not to talk to the media.

Neither the unit’s spokesperson, McIntosh Polela, nor SANParks communications director Wanda Mkutshulwa answered questions this week about why figures were no longer available.

The International Animal Rescue Foundation’s Rhino Ultimatum says the withholding of information about rhino-poaching statistics effectively constitutes an “unconstitutional media-gag order”. “The only logical explanation for the media gag is to hide police incompetency and alleged corruption throughout government ranks. The gag was ordered by an alleged corrupt chief of police, who has recently been suspended from office pending a national investigation into his activities. Yet, the media gag remains in place,” the campaign states.

Polela did not confirm these statistics.

Campaigns to ban the importation of captive-bred lion trophies have gathered steam in Australia, France, The Netherlands and the US in recent years
Read more
National

Cyril ‘has no power’ to fire Supra