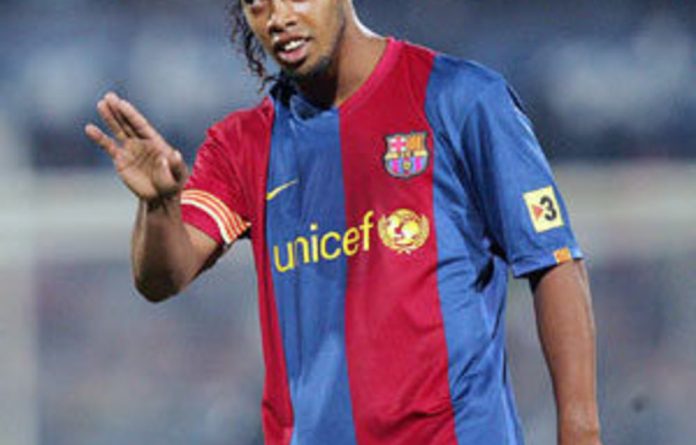 Striker Ronaldinho has threatened to quit his Brazilian club Flamengo unless he receives over $2-million in unpaid wages, his agent and brother Roberto de Assis claimed on Thursday.

“I want to reach agreement and then he can compete in the Copa Libertadores. But I don’t know if that’s going to happen,” de Assis told the newspaper Extra ahead of the January 25 tie against Bolivian side Real Potosi.

Three-quarters of Ronaldinho’s salary is covered by marketing group Traffic, who have not paid in five months, amounting to $2.05-million.

“Someone has to take that on, they have to pay. We’ve been waiting for five months now. They [Flamengo and Traffic] have to reach agreement but that seems difficult to me. Five months have gone by and there has been nothing,” de Assis continued.

But De Assis warned that if the 31-year-old former World Cup winner is not paid immediately he could take up one of several firm offers he has had from teams in Italy, Spain and South America.

Ronaldinho returned to Brazil in 2011 in the hope of winning back a place in the national side for the 2014 World Cup which is being hosted by his home country.

The 2002 World Cup winner last played in November 2010 after being overlooked for the World Cup in South Africa when his club career at AC Milan began to flag.

Twice world player of the year, Ronaldinho whose full name is Ronaldo de Assis Moreira, started with Gremio aged 18 before moving to Paris Saint-Germain, FC Barcelona — with whom he won the 2006 Champions League — and then AC Milan. — AFP

Effervescent, bright young light at the end of our tunnel