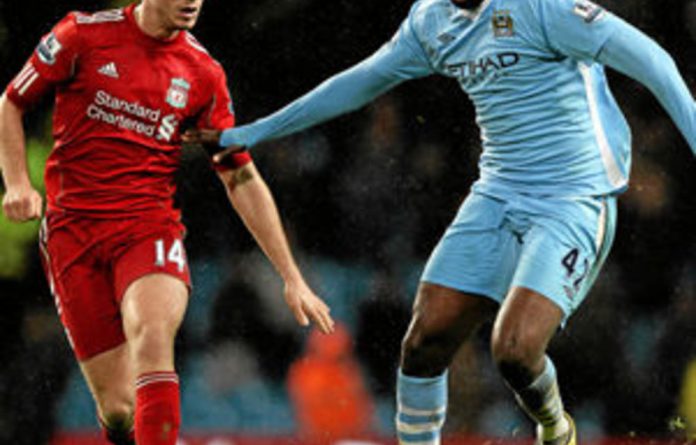 Yaya Touré is suffering from tall-poppy syndrome. Best not call him a poppy to his face, though. The towering Ivorian midfielder is in no mood for nonsense this month: he has an Africa Cup of Nations to win, a potentially costly leave of absence from Manchester City to justify and an African Footballer of the Year title to own.

Not that anyone seriously disputes Touré’s claim to the honour bestowed on him in Accra. There were no credible rivals: he is now the most influential player in the most powerful side in the world’s richest league. Even so, there were begrudging murmurs. The announcement got a less than rapturous reception outside his homeland and the blue chunk of Manchester.

That is partly because Touré is not a rapturous player. He does score designer goals on occasion and his forward charges can be spectacular, but most of his excellence is in unflashy virtues: organisational ability, box-to-box endurance and unanswerable physical power. He is the on-pitch chief executive officer of City, the boss man and not the ideas man, and the African football public tends not to idolise players who fit that niche. He is the first recipient of the prize, in 19 editions to date, who is not a striker or creative midfielder.

His image also shed a bit of gloss when he skedaddled from Barcelona to Eastlands, motivated by what seemed at the time to be simple avarice. What self-respecting footballer leaves the Camp Nou willingly, people asked, even for the carrot of £200 000 a week?

Now, with City finally coalescing into a team with brio, identity and finesse under Roberto Mancini, the career wisdom of his move is clear. Touré has much more responsibility and space to dominate than he would ever have enjoyed in Xavi’s orbit. A league title this season would end that line of criticism.

But first he must help guide his fellow Elephants out of the jungle of underachievement this month in Equatorial Guinea and Gabon. In the absence of serial champions Egypt, the Nations Cup trophy is beckoning both the Ivorians and the Ghanaians, who are joint favourites, but Touré’s men have an edge in personnel.

Touré’s brother Kolo is back and in form and skipper Didier Drogba is peeved — always disturbing news for his opponents. Some exciting younger components will complete the Ivorian machine: the fearsome Newcastle defensive midfielder Cheik Tiote, the quicksilver Arsenal winger Gervinho, CSKA Moscow striker Seydou Doumbia — the Russian league’s player of the season — and fast-rising St Etienne winger Max Gradel, who shone in a recent friendly against Bafana Bafana.

Prowling the technical area is Francois Zahoui, a 49-year-old former Ivorian international who has little prior coaching experience: a stint in charge of the national under-20 side and another in charge of Abidjan club Africa Sports.

Zahoui’s obscurity did not hinder a smooth qualification campaign — and his Ivorianness may have helped him harmonise the jostling egos in his squad. A friendly win over Italy when he was serving as caretaker helped Zahoui clinch the job — but the crest on his passport did not hurt either. Many of his compatriots are keenly aware that the Elephants’ last and only Nations Cup triumph, in 1992, was overseen by an Ivorian — Martial Yeo.

The faith in Zahoui is part of a sudden and growing zeitgeist: a conviction that Africa’s national dugouts are due for some decolonisation. At the 2008 finals, 12 of the 16 coaches were foreigners, but the ratio has fallen to nine for this tournament. Significantly, three of the six homegrown coaches are in charge of three of the four serious contenders: Zahoui, Amara Traore of Senegal and Sami Trabelsi of Tunisia.

It is a safe bet that unless the Serb Goran Stevanovic triumphs with the Black Stars, the winning coach will be African.

Outside the heavyweights, Stanley Tshosane of Botswana and Niger’s Harouna Doula Gabde both excelled to qualify for their sides and Sudan’s Mohamed Abdallah Ahmed and Angola’s Lito Vidigal complete the African brain gain.

Had Samson Siasia of Nigeria and Bafana’s Pitso Mosimane guided their sides to the finals, the homegrown contingent would have exceeded 50%.

The unprecedented success of Egypt’s Hassan Shehata must have helped spark this new belief in the intellectual capital of African football, but the cult of the “white witchdoctor” was always destined to collapse. As Ian Hawkey explains in his book The Feet of the Chameleon, African administrators have long hired European or South American coaches on the assumption they were better informed, less prone to selection bias and commanded greater respect from rich, bolshy stars than local coaches.

Results did not support those assumptions. A linen-suited, floppy-haired clique of gallivanting “white witchdoctors” — including some competent coaches, but consisting mainly of charlatans or undiagnosed lunatics — were sacked with dizzying frequency, only to hop straight into another plum job in another balmy capital.

Men like Claude le Roy, Patrice Neveu, Henryk Kasperczak, Otto Pfister and Philippe Troussier can be credited at least with some passion for the African game. Not so Henri Michel, formerly of Mamelodi Sundowns, a terminally suave carpetbagger who likes his severance cheques paid upfront. He recently quit his Equatorial Guinea job.

If anyone can testify to the reality and intensity of tall-poppy syndrome as it affects African coaches, it is Mosimane. Bafana’s inept failure to qualify for these finals has triggered inevitable abuse and he has endured it all with dignity. It would have been politically fatal to blame his players for slacking off at home against Niger, though as international footballers they should never have done so.

Even the mightiest coach is inescapably at the mercy of his players. Zahoui needs Touré much more than vice versa. But if Africa’s coaching revolution is to continue, the tall poppies must stick together.