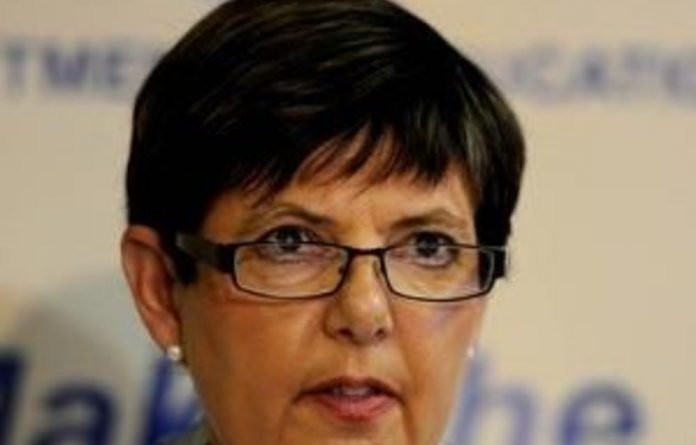 A total of 36 new schools will be opened in Gauteng for the 2012 academic year, Gauteng education minister Barbara Creecy said on Sunday.

“In the first term of this year, we will open 36 new schools in Gauteng — 18 in the month of January — to address space pressures. On Wednesday, 13 new schools will be ready for occupation,” said Creecy.

She said all systems were ready for new learners.

“Admissions started on August 1 2011. This year, we anticipate 209 000 grade 1 learners will begin their schooling career. We are also registering 110 000 learners in state-supported grade R facilities.”

Creecy was at the Steve Tshwete Secondary School in Olivenhoutbosch, helping prepare for the new year.

Late applications
“To prepare for the first day of school, we have mobilised families, communities and organisations to assist with preparation for [schools] opening.”

Creecy said parents who were still looking for schools for their children should visit their nearest district office, in which operation centres had been set up.

“District officials know the capacity of schools and will be in a position to place learners,” she said.

Late applications would be handled at the special operation centres established at head office and district offices.

“In August we distributed the vacancy list for teaching posts in our schools. All vacancies were filled. We have approved 500 additional posts for the new schools. We started maintenance work on 69 schools in May 2011. Currently, work is in progress at 42 sites,” she said.

She said the parental guideline booklet and parent workshops launched in Diepsloot in 2011 would be continued.

“These workshops have been successful in building a partnership with parents, educators and learners to make education a societal priority and will continue this year.”