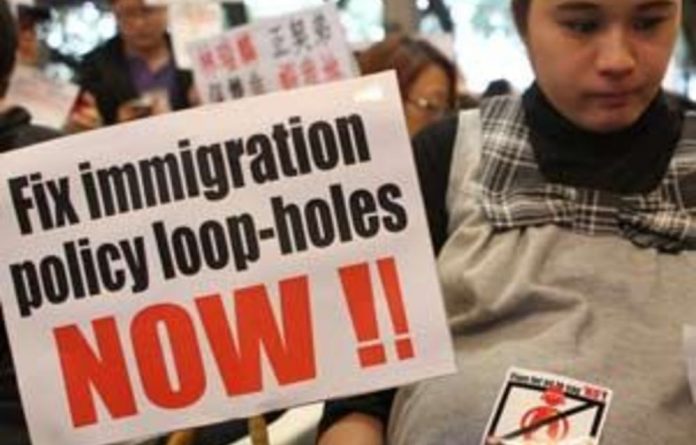 Pregnant women and mothers pushing strollers were among more than 1 500 protesters who took to the streets in Hong Kong on Sunday to oppose the growing number of mainland Chinese giving birth in the city.

Women from mainland China are keen to have babies in Hong Kong — which has had semi-autonomous status since it ceased to be a British colony in 1997 — because it entitles their children to rights of abode and education.

“We have to compete with the mainlanders for bed space in hospitals, for prenatal care services, postnatal care, the education of our children … everything,” said expectant mother Joyce Wong (30), who took part in the march to government headquarters.

Jenny Yeung, a paediatric nurse (41), accused the city’s government of being “incompetent” and said it “should prioritise Hong Kong people over non-locals”.

Meanwhile on Sunday, chief executive of the Hong Kong’s Hospital Authority Leung Pak-yin said some public hospitals have stopped accepting bookings by mainland mothers wishing to give birth in the city.

Hong Kong has reduced its quota for the number of mainland women allowed to give birth in its public hospitals this year. Leung said the government has yet to set the quota for 2013 but emphasised there will be another reduction.

The government has come under pressure after doctors made a rare public call for a cap on the number of babies delivered in the city because resources for local mothers are being stretched. –Sapa-AFP