The economic week ahead: Decisions, decisions 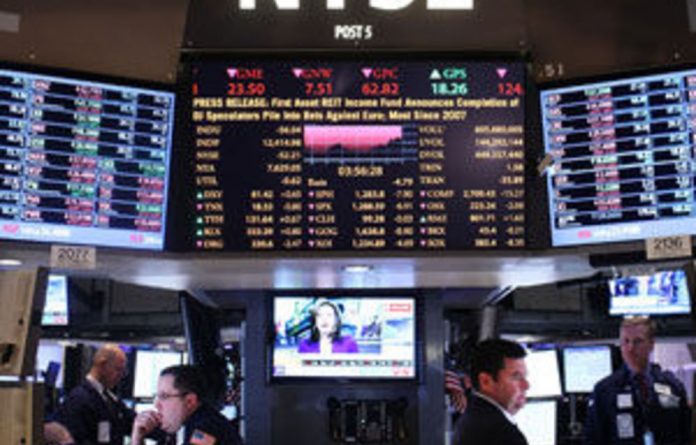 This week’s economic calendar is full. In the US, tech giants Google and Microsoft will report on their earnings. In Europe, Greece will try to talk its way out of a messy debt default. China will report growth figures and at home the Reserve Bank will decide on rates. As the new week begins, here is your guide to the data, events and decisions likely to move the markets.

United States
In the US, a slew of data releases are expected to paint a largely positive picture of the world’s largest economy this week. Investors will receive data on the country’s manufacturing sector, inflation picture and housing market.

US markets are closed on Monday in observance of the Martin Luther King Junior holiday. When trading resumes on Tuesday, investors are likely to focus on the latest results from the Federal Reserve Bank of New York’s Empire State manufacturing survey, the first of two regional manufacturing gauges scheduled for release this week.

In December, the Empire State’s general business conditions index jumped to 9.53 from November’s 0.61 reading. Economists are predicting that January’s reading will increase to 10.50. A similar index from the Federal Reserve Bank of Philadelphia, scheduled for release on Thursday, is expected to drop slightly from 10.3 in December to 10.0 in January.

Sandwiched between these two regional data releases, national industrial production statistics, scheduled for release on Wednesday, are expected to show a 0.5% increase in output for December after recording a 0.2% decline in the prior month.

The first of two key inflation measures will also be released on Wednesday. Producer price index data, a measure of inflation at the producer level, is expected to have remained flat in December after rising 0.3% in November.

More inflation data will follow on Thursday when the country’s consumer price index — a measure of change in the average price level of a fixed basket of consumer goods and services — is expected to show a slight 0.1% increase for December. Consumer inflation had been flat in November.

Also on Thursday, the first of two housing market releases is expected to show that builders broke ground on 678 000 houses in December, down slightly from November’s 685 000 housing starts.

Despite the slight fall in new construction, new data on existing home sales are expected to show an uptick. Analysts expect Friday’s data to show that 230 000 more US homes were sold in December than in November.

This week’s corporate calendar is also a busy one for the US. On Tuesday, Citigroup and Wells Fargo — two of the country’s largest banks — will report earnings. On Thursday, tech giants Microsoft, Google and Intel will issue reports along with global industrial titan General Electric.

Italy’s rating — most recently downgraded in September — was cut another two levels along with those of Cyprus, Portugal and Spain. France — the continent’s second largest economy — lost its AAA rating, getting cut one notch along with Austria, Malta, Slovakia and Slovenia. France’s downgrade leaves Germany as the only major economy inside the eurozone with a top rating.

Bond markets’ first opportunity to respond to the news will come on Monday. France is expected to attempt to sell up to €8.7-billion in bonds.

Europe’s mood is likely to remain grim on Tuesday as representatives from the European Union, European Central Bank and International Monetary Fund arrive in Athens to discuss a new €130-billion bailout package for deeply-troubled Greece.

The bailout package, which is widely considered necessary to prevent a messy Greek debt default, cannot proceed until Greek government officials successfully negotiate voluntary losses of up to 50% with private sector bondholders.

Talks had been expected to conclude this week, but broke down on Friday. A new round of negotiations between the Greek government and the Institute of International Finance — an industry group representing more than 400 of the world’s largest financial institutions — are set to resume on Wednesday and will be closely followed by global markets.

Asia
China is favoured to remain the centre of attention this week as government growth figures could likely show that the world’s second largest economy has lost some steam.

On Tuesday, China’s National Bureau of Statistics will release fourth quarter gross domestic product figures for 2011. Economists polled by Reuters expect annual growth in the October to December quarter of 2011 to have fallen to 8.7% from 9.1% in the third quarter and 9.5% in the second.

On Friday, HSBC — the global bank — will release the January results from its monthly survey of Chinese manufacturers. Most investors are not optimistic. December’s reading of 48.7, although better than November’s 47.7 reading, was still below the 50 mark separating expansion from contraction. On a quarterly basis, the survey was at its lowest level since the first three months of 2009.

South Africa
A Reserve Bank policy meeting and full feast of no fewer than 15 economic data releases will give South African markets plenty to digest in the week ahead.

On Monday, the Bureau for Economic Research’s release of purchasing managers’ index data is likely to dominate the headlines. This closely watched leading indicator of manufacturing activity — which accounts for roughly 15% of South Africa’s economy — rose to 51.6 in November from 50.5 in October, but the forward looking components of the index remained weak.

On Wednesday, inflation figures will dominate the news as Stats SA releases December’s consumer price index data. The annual pace of price rises quickened in November to 6.1%, a 20-month high. Another rise is expected to appear in this week’s data. Most economists expect inflation to remain above the upper end of the Reserve Bank’s 3% to 6% target range for most of 2012.

On Thursday, Stats SA will release information on the number of civil cases for debt recorded in November along with wholesale trade, motor trade and building statistics for the month. All are likely to be overshadowed, however, by a meeting of the Reserve Bank’s monetary policy committee.

All 25 economists in a recent Reuters’ poll expected policymakers, grappling with the dual challenges of high inflation and slowing growth, to leave the repo rate unchanged at 5.5% at Thursday’s meeting. With the rates decision widely viewed as a foregone conclusion, investors are likely to focus on the monetary policy committee’s statement for signs of lowered growth expectations.