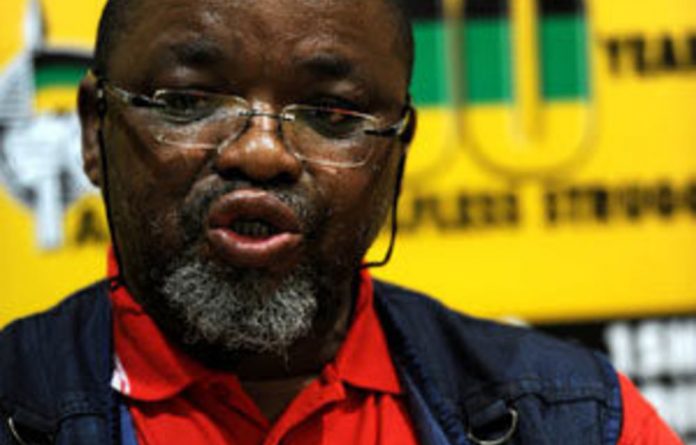 The ANC must communicate consistent messages at all times, party secretary general Gwede Mantashe said on Tuesday after remarks made by treasurer Mathews Phosa at the weekend.

Party officials met on Monday and discussed, among other things, Phosa’s statements made at the ANC’s centenary celebrations in Limpopo, Mantashe said in a statement.

They agreed on “investing in the unity of this organisation”.

“We further agreed that this will be achieved with the leadership of the ANC not sending different messages to the public.”

At the Limpopo centenary rally in Sekhukhune this weekend, Phosa defended suspended ANC Youth League leader Julius Malema, saying the party was “no dustbin for comrades”.

“I know Juju is worried about the [disciplinary appeal hearing] but I want to assure him that the ANC has no dustbin for comrades,” he said, using Malema’s nickname.

Public defence
“If comrades make mistakes, we find a mechanism to address them,” City Press quoted Phosa as saying.

It was the first time since Malema’s five-year suspension from the ANC, announced in November last year, that one of the party’s top six officials had defended him publicly.

Malema’s appeal against his suspension is set to be heard next Monday.

Phosa also accused the government of “stealing” Limpopo premier Cassel Mathale’s powers after the Cabinet placed five of the province’s departments under administration. This was done after the bankrupt province failed to pay service providers last year and asked for more money.

Phosa urged Mathale to bring the matter before the ANC.

‘Stay clear of the process’
“We would like to know, as the NEC [national executive committee], the impact that this had on service delivery in the province in order for us to tell our government what can be done here and there,” Phosa reportedly said.

Mantashe said it was “correct” for party leaders to “stay clear of the process” in the disciplinary case against Malema.

“If any of the national officials comment on a matter that is still pending it may be interpreted as trying to influence the outcome.”

Mantashe said the meeting of officials also reflected on comments made on placing some departments under national administration in Limpopo, the Free State and Gauteng.

“The decision taken by the national government of placing these departments under administration is an intervention that is meant to tighten government administration and this decision is supported by the findings of the Auditor General,” he said. — Sapa

The government has promised that we will get to net zero emissions by 2050, but is still taking actions that will make the climate crisis worse
Read more
Coronavirus