SA ramps up campaign for Dlamini-Zuma to lead AU 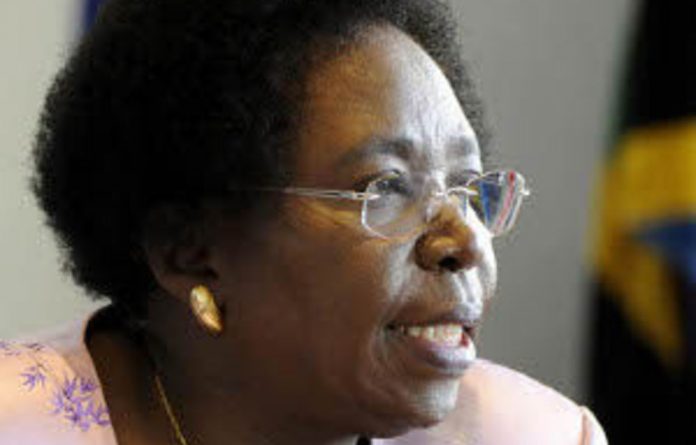 South Africa on Wednesday pushed its campaign for Home Affairs Minister Nkosazana Dlamini-Zuma to head the African Union (AU) executive, a key post to be decided at a summit next week.

“We believe that Dr Dlamini-Zuma can build on the good work done by previous leaders as well as consolidate achievements made,” Foreign Minister Maite Nkoana-Mashabane told a press conference flanked by her Cabinet colleague.

Dlamini-Zuma, a former foreign minister and ex-wife of President Jacob Zuma, is challenging Gabon’s Jean Ping, who has been AU Commission chairperson since 2008 and is seeking another term.

Nkoana-Mashabane said South Africa paid tribute to Ping and his predecessors for “their efforts towards enhancing the renewal of Africa”.

Dlamini-Zuma said “development is at the top of the agenda” of next week’s AU summit in Addis Ababa.

“The major direction AU is taking is about accelerating development in Africa,” she said.

The 54 heads of state and government of the AU will hold a secret ballot at the January 29-30 summit to decide whether Ping gets a new term.

Dlamini-Zuma is backed by the 15-nation Southern African Development Community.

Ping has major support from French-speaking Central and West African nations. He obtained the necessary two-thirds majority in the first round of voting in 2008. — AFP

A tale of criminality, magic, violence and fear offered a way to foreground the contradictions that come with living in a township
Opinion

In 2021, there were 16 different understandings of the concept. At the top of the list is the understanding of reconciliation as forgiveness. This is understandable but problematic.
Politics

Ramaphosa tells parliament to act on Zondo’s findings on the...