The rot in SA cricket goes beyond Majola’s bonus question 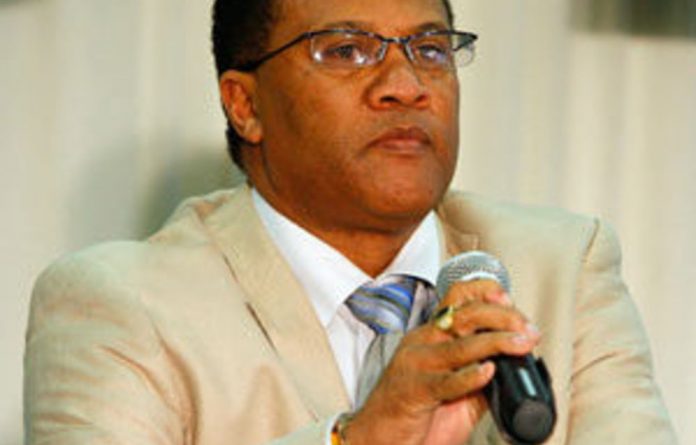 Retired judge Chris Nicholson’s investigation into the state of South African cricket is already raising questions around several preconceived notions South Africans may have about the sport.

Already abundantly clear is that — despite whatever the successes of the Proteas Test and one-day sides may be enjoying — the sport is in a mess: cricket administrators are not playing by the corporate rules they agreed to when Cricket South Africa (CSA) become a section 21 company a few years ago.

Despite CSA’s spin to the contrary over nearly two decades, testimony to the committee by past and present administrators suggests that the development of cricket, especially in disadvantaged black communities, is also in serious trouble.

Arendse, who was president of CSA from June 2007 until he resigned in September 2008, described Majola as the “bulwark” propped up against profound racial transformation of the sport generally, and the national team especially.

Arendse, who had pushed the transformation agenda during his rocky tenure as president, said he had, on at least two occasions, fallen out with Majola over the racial composition of the national team. At the time CSA had a targeted quotas policy of a minimum of seven black players in any Proteas squad.

On Tuesday, Arendse told the committee that rather than advance transformation issues within CSA, Majola had used it — and fear among sponsors, the media and CSA about transformation weakening the Proteas — to consolidate his power within the organisation.

“Gerald tied himself to the success of the national team and told the captain and the coach — You know who is the bad guy, it’s that guy, the president [Arendse] — Sponsors were also quite happy to have Gerald there because Gerald was the bulwark between this guy who wanted to turn the national team into a black team,” said Arendse.

Overriding decisions
Arendse painted a picture of a CSA driven by power plays and politics with factions constantly developing and being fed through the dispensing or promise of patronage — usually in the form of hosting rights for Proteas games or money from the mother body for provinces.

Arendse also described how Majola had “on two occasions” overridden decisions he had made. The first was when the team to play Bangladesh was announced with only five black players, rather than the required seven.

Arendse said he had exercised his presidential veto at the time, and released a CSA press statement outlining his motivation for vetoing the team.

Majola, according to Arendse, then released a press statement the following day, “countermanding” the decision: “He said that I was out of order, that I had no right to do that and he then reinstated the old team,” said Arendse.

Arendse said this behaviour was symptomatic of the “Frankenstein monster” that Majola had become over the years as chief executive with untrammelled powers.

On another occasion, Arendse said the CSA board had taken a decision to remove then-Proteas coach Mickey Arthur and captain Graeme Smith from the Proteas selection panel.

“The decision was communicated by press release and the next morning Gerald released another press release stating that we were out of order — and that the coach had a right to be on the selection panel — in that instance it was the board that was overridden,” said Arendse.

“When you have a weak board, that gives rise to the kind of situation that we have,” he added.

Declarations of interest
Arendse said the obsession with the political machinations had detracted from CSA’s core objective: grassroots development of the sport, especially among black African communities: “As things are at the moment, we are failing to produce black African cricketers and that is because we are failing at grassroots level,” said Arendse.

Arendse also debunked Majola, and CSA leadership’s claims to the Nicholson committee that Majola had erred out of “naiveté” and lack of intimacy with the Companies Act in not declaring Indian Premier League bonuses he had been given after South Africa hosted the tournament in 2009.

Arendse said that declarations of interest were permanent items on the agenda of all board meetings he attended with directors required to sign a declaration of interest form at each meeting.

These were “put out routinely by [chief financial officer] Don McIntosh and we had to complete them — these were routinely signed,” said Arendse.

Judge Chris Nicholson, confirmed this information with Arendse noting that it was “crucially important to this inquiry”.

Arendse also confirmed testimony by Ali Bacher and others that Bacher’s 2003 R5-million bonus/pension pay-off had been done transparently and by the book. Majola had previously alleged his nondisclosure of bonuses was following a “precedent” set by Bacher in 2003 following the latter’s part in organising the Cricket World Cup in South Africa.

“We’ve always known about the R5-million, we knew it was a kind of severance package,” said Arendse contradicting a statement released by CSA that this was not the case.