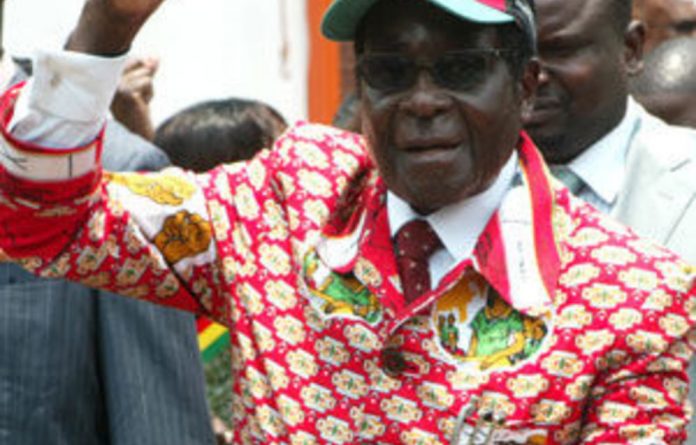 Thailand’s premier on Thursday defended her appointment of a Cabinet minister who is on a US blacklist owing to alleged business links to Zimbabwe’s President Robert Mugabe.

Nalinee Taveesin, named minister to the premier’s office this week, had her assets frozen by the United States in 2008 on accusations that she was a “crony” providing financial and logistical support to the Mugabe regime.

Prime Minister Yingluck Shinawatra insisted to reporters that Nalinee’s appointment was “in line with the Constitution”.

Nalinee was described by the US department of the treasury in November 2008 as a businessperson who facilitated a number of financial, real-estate, and gem-related transactions of behalf of Mugabe’s wife, Grace.

“Ironically, Nalinee Taveesin has participated in a number of initiatives on corruption and growth challenges in Africa and south-east Asia while secretly supporting the kleptocratic practices of one of Africa’s most corrupt regimes,” a Treasury statement said at the time.

‘Guilt by association’
The action led to the freezing of Nalinee’s assets within US jurisdiction and a ban from financial or commercial transactions with US citizens.

Nalinee, previously a Thai trade representative, told the Bangkok Post daily that she had known the Mugabes for more than a decade, but denied she had ever had a business relationship with them.

“I have never traded in gemstones,” she was quoted as saying by the paper. “I have never brought diamonds in for sale. I am friends with the presidents of many countries. This [is] a case of guilt by association.”

Chavanond Intarakomalyasut, a spokesperson for the opposition Democrat Party, argued: “Even though the Constitution does not ban ministers who are on a blacklist, the government should have morals”.

The United States and the EU sanctions on Zimbabwe include travel bans and asset freezes on Mugabe and members of his inner circle, who are accused of seriously undermining democracy, human rights and the rule of law in Zimbabwe.