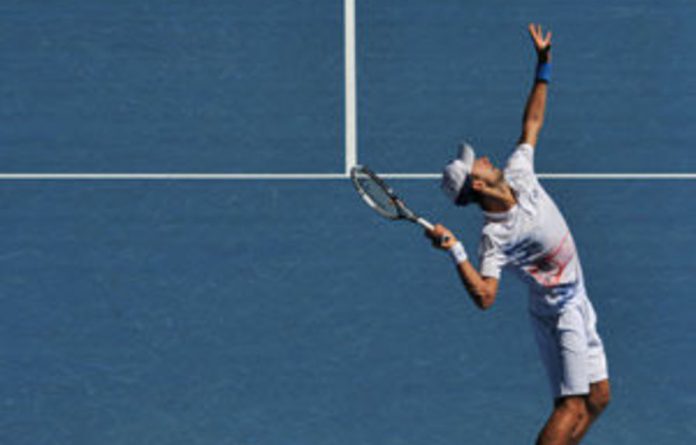 Novak Djokovic and Andy Murray hit top gear on Thursday as Petra Kvitova was the only top seed to encounter difficulties at the Australian Open.

Men’s favourite Djokovic, Murray and 13-time grand slam winner Serena Williams highlighted the yawning gap between tennis’s best and the rest as they strolled into the third round unhindered at Melbourne Park.

On a day lacking any major upsets, Wimbledon title-holder Kvitova was the only big player who was troubled before recovering from a mid-match lapse to beat doughty Carla Suarez Navarro.

Former champion Maria Sharapova made it two wins for the loss of just two games, and 2008 French Open winner Ana Ivanovic also strolled through to the weekend fixtures.

Djokovic has been in commanding form at the year’s first major as he bids to repeat last season’s astonishing haul of three grand slams among 10 titles, with a 41-match winning streak along the way.

And the Serb expended little energy in his 6-3, 6-2, 6-1 hit-out against Colombia’s Santiago Giraldo as he speeds towards an expected semi-final with Murray, his victim in last year’s title match.

“I try to not underestimate any opponents in early rounds,” Djokovic said.

“Santiago came out early hitting the ball quite flat. But I knew that, you know, sooner or later he’s going to drop the rhythm and I just have to hang in there. I’ve done a good job,” he added.

And Williams brought up her 500th career win, against Barbora Zahlavova Strycova, to keep up her record of reaching the third round in every grand slam she has entered apart from her debut, in Melbourne in 1998.

“It’s fine, I just have really wobbly ankles,” she said, after falling heavily in the last game. “I wasn’t meant to be a ballerina.”

Second seed Kvitova had a trickier assignment against Spain’s Suarez Navarro, but she kept her frustrations in check to win 6-2, 2-6, 6-4.

Resurgent Sharapova, the 2008 winner, made light of her total lack of competitive tennis this year as she thrashed US qualifier Jamie Hampton 6-0, 6-1, after dispatching Giselo Dulko by an identical score in the first round.

Afterwards, the Russian said being world number one — which she could achieve at the end of this tournament, along with Kvitova, Victoria Azarenka and the current incumbent, Caroline Wozniacki — was not her priority.

“My goal is to be ready for the important ones, for the big ones [tournaments],” said Sharapova (24). “That’s what matters at this stage in my career to me. I try to prepare as best as I can for them.”

And players made light of Marcos Baghdatis’s extraordinary tantrum, in which he smashed four racquets during his loss to Stanislas Wawrinka late on Wednesday and was fined $800.

“You know, sometimes you get angry and it’s difficult to control yourself. But, I mean, one, it can happen. Four, it’s a lot,” smiled Tsonga. — AFP