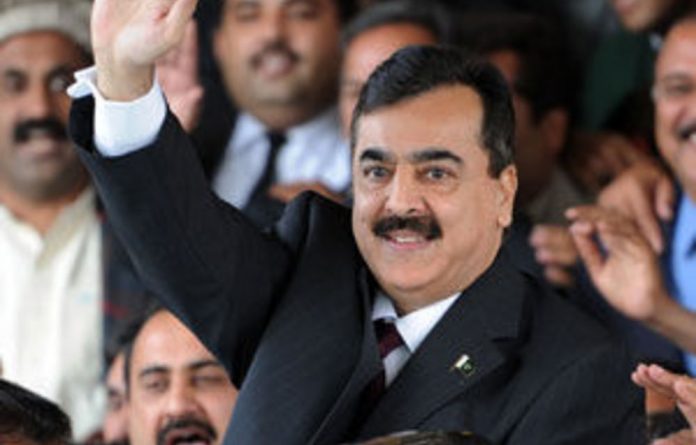 Pakistan’s Prime Minister Yusuf Raza Gilani appeared in the Supreme Court on Thursday for what could be a fight for his political survival and adding to growing pressure on the unpopular civilian government.

The court has threatened the premier with contempt for failing to pursue corruption cases against the president and other officials.

It is the latest blow for the civilian administration which also faces pressure from the military over a mysterious memo seeking US help to avert an alleged coup last year.

Some question whether the government that is seen as corrupt and inept can survive and which is already widely accused of failing to deal with the basic issues of poverty, crippling power cuts, dilapidated infrastructure and a struggling economy.

The tensions could bring down Gilani, who until recently had smooth ties with all of Pakistan’s power centres.

Downfall of the government could plunge the strategic US ally into a full blown-political crisis and further hamper badly-needed economic and political progress.

Economic reforms
Pakistanis got a taste of what may come — more delays in everything from economic reforms to investment in the troubled power sector — even before the session started.

Traffic crawled to a halt after police blocked off parts of the city to impose tighter security in the south Asian country facing home-grown Taliban militants blamed for many of the suicide bombings that have kept foreign investors away.

Hundreds of police officers were stationed outside the Supreme Court as every car was checked. Gilani’s security men, in dark suits, combed the premises.

While Gilani is the one facing a contempt hearing, most observers say the court’s real target is President Asif Zardari.

During the 1990s, Zardari had multiple cases of corruption and even murder lodged against him, all of which he says are false and politically motivated.

An amnesty deal that protected him from prosecution was nullified in 2009 and the court has been pushing for the government to re-open and investigate the corruption cases against Zardari.

The government refuses to do so, saying Zardari enjoys immunity as the head of state.

Diplomatic skills
While Gilani is not considered to be in immediate danger and the case is expected to be drawn out, he could have to step down eventually if he were to be held in contempt of court.

Gilani won a unanimous vote of confidence in Parliament when he became prime minister nearly four years ago, and has been known as a peacemaker even among the ruling Pakistan People’s Party’s most bitter enemies. Unlike Zardari, he was seen as having smooth ties with the military before the latest turmoil.

But his diplomatic skills may not be enough to fend off both the Supreme Court and Pakistan’s generals, who have ruled the country for more than half of its 64 years history through coups, and from behind the scenes.