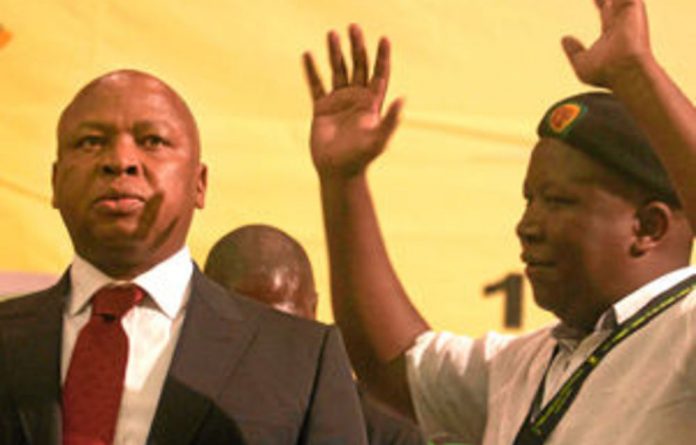 The Cabinet has gone to war against waste and maladministration in Limpopo, following the controversial takeover of many of the functions of the province.

In a statement released on Thurs­day the joint ministerial team overseeing the process and led by Finance Minister Pravin Gordhan, listed a litany of problems uncovered by the executive intervention under section 100 (1)(b) of the Constitution. These include core financial problems in the provincial administration, ranging from improper cash management to illegal payments made “by certain departments to service providers”.

With a pending R2-billion shortfall, the province was “spending beyond its means”. “This has to stop,” according to the statement, delivered at a press briefing.

The statement said there were systematic failings in Limpopo’s departments of health, education, public works, and roads and transport.

In the health department, there was an irregular expenditure of R400-million, mostly for medical equipment, which was not included in the financial statements given to the auditor general.

In the education department, accumulated unauthorised expenditure amounted to R2.2-billion, yet some schools received no funds last year, contravening national norms and standards and hampering the schools’ day-to-day running. The province also had an excess of 2 400 teachers, or teachers in schools that went beyond the department’s allocations for staff.

The investigation also uncovered 200 “ghost teachers” who could not be traced in the department’s systems but received salaries.

Many risks were identified in the operations of the public works’ department, including flawed management of leases, assets and the supply chain. These were regarded as “critical to the province’s cash crisis”. Serious shortcomings included tenders awarded without bidding processes and the alteration of existing contracts to increase their value.

“A security contract of R1.8-million a month — and I am not saying a year, a month! — was extended without proper procedures from 2010,” Public Works Minister Thulas Nxesi told the briefing, according to Sapa.

The intervention team found that consultancy fees accounted for an unusually high proportion, about 25%, of infrastructure costs, about 7% higher than the national average.

Finally, the intervention team found that the department of roads and transport had no contract management system in place, its internal controls were weak and there was no oversight of the Limpopo Roads Agency.

Limpopo’s crisis came to a head late last year when the province, after a continuing battle with its finances, ran out of funds to pay service providers and government workers, including doctors, nurses and teachers. The Cabinet’s intervention sparked controversy, as the province is led by Cassel Mathale, a close ally of ANC Youth League president Julius Malema, who is strongly opposed to President Jacob Zuma being re-elected as ANC president at the party’s conference in Mangaung later this year.

The Cabinet also intervened to a lesser degree in Gauteng and the Free State after the premiers of both provinces requested the treasury’s assistance.

Treasury spokesperson Bulelwa Boqwana would not be drawn about concerns that the intervention was politically motivated, given that many other provinces, more supportive of the president, had experienced financial difficulties without having suffered similar sanctions.

The treasury has adamantly denied this reading of events, but Boqwana did say that there was “continuous work going on to monitor government finances as mandated by the Constitution”. One such means was through the intergovernmental relations unit in the treasury.

The Cabinet team warned that further investigations would be where it felt they were necessary. In a bid to meet Limpopo’s R2-billion shortfall the treasury would have to restructure the province’s finances to find savings elsewhere, the team said.

Draft agreement document spells out that R1.5-billion will be needed to fund severance packages for 2 400 of the airline’s employees
Read more
Advertising
Continue to the category
National