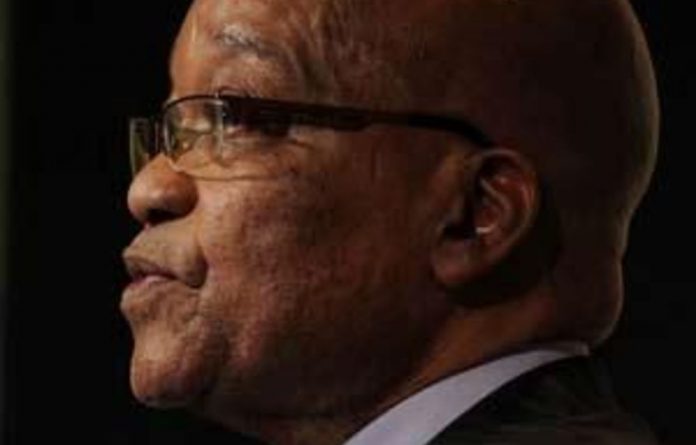 The defence ministry has denied that President Jacob Zuma intended buying an aircraft carrier, with convicted fraudster Tony Yengeni deciding who would get the contract.

“I was appalled when I saw the story because I know nothing about the matter,” Defence Minister Lindiwe Sisulu told reporters in Johannesburg on Friday.

“There is no truth in that.”

The Citizen newspaper on Tuesday reported that Yengeni, the ANC former chief whip, would decide who would get the contract to supply the aircraft carrier, potentially costing even more than the four frigates bought as part of the controversial 1999 R60-billion arms deal.

Project Millennium was established to procure a warship that could operate “more than a dozen helicopters” and “vertical take-off jets”.

The ships were apparently due to be sourced from either France, Germany or the Netherlands.

However, it has been established Project Millennium was in fact initiated during the presidency of Zuma’s predecessor, Thabo Mbeki.

In my defence
In 2007, Mosiuoa Lekota — who was then the minister of defence — formally signed off on a research and development programme aimed at assessing the viability of procuring a sea vessel for the purposes of strategic transportation of military supplies and machinery to projects across the African continent.

“We were in need of a ship that could transport peace support equipment to places like Sudan and the Ivory Coast [Côte d’Ivoire]. We were concerned about the costs incurred in flying equipment there,” Lekota, now president of opposition party Congress of the People (Cope) told the Mail & Guardian.

Lekota’s assertions were echoed by the department of defence, which confirmed Project Millennium’s existence but claimed it had been “shelved in 2008 due to financial constraints”.

“I can categorically state: There is no formal order of any warship at this stage,” Ndivhuwo Wa Ha Mabaya, spokesperson for the defence department told the M&G.

“We are contemplating equipping the navy with several pieces of equipment but it all depends on the outcome of the defence review currently being conducted by the department,” Mabaya added.

Committee process
The South African Defence Review Committee is undertaking the review and will decide on the country’s defence priorities and requirements for the foreseeable future.

On the committee is Yengeni, who was convicted of defrauding Parliament in 2003 after obtaining a discount on a luxury Mercedes Benz for his part in securing contracts for foreign arms companies during the controversial arms deal.

“We can’t pre-empt the outcomes of the review, but if there is deemed to be a need for the navy to acquire a warship of any kind, we would consider it,” Mabaya said.

Mabaya said if any warship was acquired, it would be used on “tactical peacekeeping missions across Africa” and to “control piracy in the Horn of Africa”.

Prices of warships vary, depending on accessories and tactical need with the French built Mistral class amphibious assault ships ranging from $500-million to $550-million.

Whether South Africa can afford and maintain a warship is debatable, according to John Potgieter, senior researcher at the Institute of Security Studies’ conflict management and peace-building unit.

“I am not convinced we are capable of manning another warship. What is the use of it rotting in port or being damaged by inexperienced personnel?”

The South African Navy admitted to Parliament in late 2010 that human error and a battery construction fault lay behind the lengthy spell in dry dock of its R2.7-billion submarine SAS Manthatisi.

It was reported around the same time that the navy did not enough crew to man its submarines.

Potgieter also questioned the overall impact a South African warship would have as part of military operations across the African continent.

“It is definitely required but I am not sure if it will even make a difference. There are approximately 60 military vessels in the Horn of Africa as we speak and they are merely holding the line against piracy,” Potgieter added.

Lekota agreed with Potgieter — in part — saying the situation had “vastly changed since 2007”.

“Our role in the African continent has diminished severely. We were involved extensively in peace support operations, but no longer. I wouldn’t be enthusiastic about spending that kind of money now,” he said.

The ANC firmly denied that Zuma had anything to hide.

“We are not aware of President Zuma wanting any warship — If he did it wouldn’t be a secret. While it could be that someone is being mischievous if the supposed perpetrators of any rumour think there is something to hide, there certainly isn’t,” ANC spokesperson Keith Khoza told the M&G. — Staff reporter, Sapa

Phineas Legodi resigns from water board after latest court defeat

Sisulu takes a win in the battle of the boards