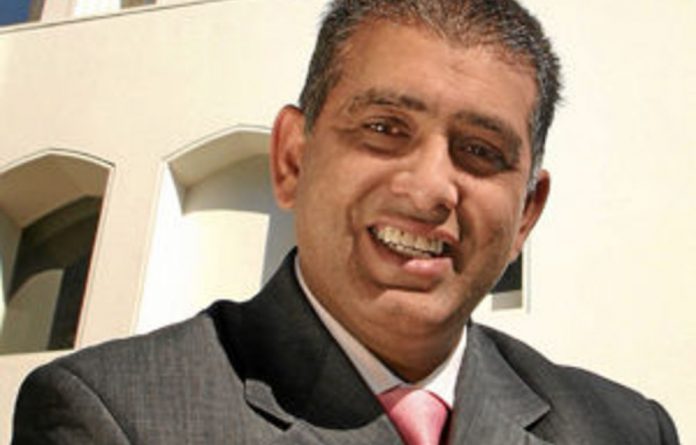 First National Bank’s sharia banking division is in a state of flux after it was hit by a corporate governance scandal in which its chief executive, Ebi Patel, was put on “special leave” for almost a month while an internal probe was conducted. Patel has been reinstated, but is facing disciplinary action.

There has also been a mass exodus of members of the sharia board, which is meant to approve products. There were claims of misappropriation of funds, conflicts of interest, unfair labour practices, and mistreatment of staff, board illegitimacy and fraud.

The shenanigans have been kept under wraps, with the bank throwing cold water on allegations two weeks ago. An investigation was launched late last year after staff alerted Iris Dempsey, the FNB Wealth head to whom Patel reports, about potential internal operational breaches.

Dempsey told the Mail & Guardian in early January this year that the bank was “comfortable with the findings of the investigation” and Patel was back at his desk.

But following detailed queries this week, Dempsey said: “We have received the findings of that investigation, which identifies that not all the allegations were found to be true, but for those that were appropriate disciplinary action is underway. The findings hold no client or market impact, though.”

The FNB investigation found internal breaches of operational procedure and corporate-governance failures. Documents and expense claims in possession of the M&G show a breakdown in internal risk and management controls. Special deals, sponsorships and work contracts were arranged for family members, friends and community leaders, the documents show. Although the amounts do not amount to millions, Patel’s behaviour has raised serious governance concerns.

Patel is the owner of the debonair pizza franchise in Sandton, which he declared to FNB, but he is seen to have spent too much time running his own businesses rather than meeting his commitments at FNB.

Expense claims show Patel billed the company to take his family on holiday in Mulenga while he was on business and signed off food bills for “entertaining clients”, although “kiddie” meals are reflected on
The receipt.

FNB is the market leader in sharia banking, with Absa the only other of the big four offering it as a specialised division. Albaraka Bank and the Islamic Bank were the first Islamic banks to be granted a licence by the South African Reserve Bank in the 1980s, but the Islamic Bank was liquidated in the late 1990s owing to allegations of reckless trading.

There are about 500-million Muslims in Africa, of which just more than one million are South African. Islamic finance forbids the payment and receipt of interest (riba), and investment in some industries. Sharia law states that interest-bearing transactions result in economic ills such as unemployment and high inflation. Trading in derivatives and speculative investment are also forbidden. Sharia law requires all transactions to be backed by tangible assets.

An email trail between executives in the Wealth segment and Patel and his lieutenants indicate clear concern about the way the Islamic Finance division is being run.

The division is set for a shake-up and will undergo a clean-up and restructuring, including new reporting lines. Although sharia banking was located within FNB Wealth, it operated in a silo. That will change.

“Following the completion of this investigation, areas of improvement were identified,” said Dempsey.

In an email dated December 29 2011 to Patel and two senior executives, Eric Enslin and Rajesh Jayrajh, the chief financial officer of FNB Wealth, Liam Brenock, raises the corporate-governance concerns and sets out how the division should operate within international sharia law. He calls for the creation and implementation of a “framework within which we wish the Islamic business to operate going forward”, and says that he is reviewing and taking guidance from international standard-setters on financial reporting issues relating to Islamic Finance.

“I believe the collective leadership teams of Islamic Finance and Wealth need to reassess the current people, policies, practices and procedures in Islamic Finance and ascertain whether they are appropriate with regard to a business of this size —”
Brenock has demanded an urgent “status check” on the business. “We need to assess and document the risks and compliance requirements of the business. There is clearly a lot of work to be done to get the business to be a scalable model in which we are comfortable going into other African countries.”

He suggests that Patel and his team get cracking on a corporate governance framework in which:

Patel’s bosses also took issue with the Islamic executive committee, saying its format and constituents needed to be reviewed. The qualifications, mandate and remuneration of the sharia board will also come under scrutiny.

“Membership should not be driven by function. There should be a mix of executive Islamic members and non-executive members from Wealth or other segments,” said Brenock.

FNB Islamic Finance, operating since 2004, contributes a net profit of less than R20-million to FNB, equating to about 0.2% of overall group earnings, which were R10.1-billion in the year ending June 2011.

Dempsey said that FNB strictly adhered to the FirstRand code of ethics and governance framework and, “should we receive any further allegations in relation to the Islamic Finance business, we will treat them with the urgency we place on all issues of this nature”.

Patel was not available for comment, but Dempsey responded on his behalf.

FNB looks to appoint new sharia board by end 2012