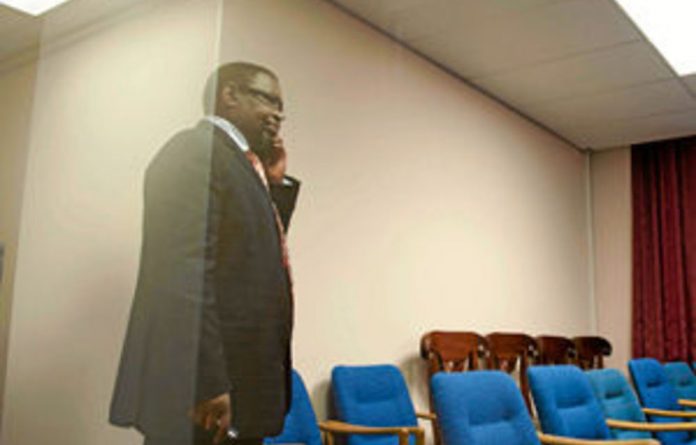 Enoch Godongwana, deputy minister of economic development, quit his post this week in the face of growing outrage in government circles about his involvement in a company that allegedly defrauded clothing factory workers of R100-million of their pension fund money, the Mail & Guardian has been reliably informed.

Senior government officials said the situation had become untenable and there was “a lot of talk” about whether Godongwana, if he had not resigned, would have survived the next Cabinet reshuffle by President Jacob Zuma, which, rumour has it, will take place in March.

“The pension fund scandal was massive. Government, other stakeholders and the business community were outraged by what had happened and they wanted Godongwana to step down to let the law take its course,” said an official close to the events.

With the scandal tarnishing the reputation of the department of economic development, Godongwana is said to have asked Zuma in December if he could resign.

Yet the M&G has learned that the first time his departmental colleagues realised Godongwana would be quitting his post was last Sunday, when Zuma’s spokesperson, Mac Maharaj, announced that the deputy minister had resigned to “pursue personal interests”.

The M&G was informed that Godongwana would not immediately be replaced. The decision about his successor must be made by Zuma.

Allegations that he had clashed with his boss, Minister Ebrahim Patel, have been disputed by government officials, who said the two had a “really good working relationship”.

All eyes will be on Godongwana next Friday when he will testify in Cape Town again at the insolvency inquiry into Canyon Springs Investments 12, a company he co-owned and chaired before he took up his high-ranking post in 2009.

His glamorous wife, businesswoman Thandiwe, who has been a non-executive director of Canyon Springs since May 2009, has also been recalled to give evidence at the inquiry on the same day.

But Godongwana this week denied that there was any connection between his unexpected resignation and the scandal over the missing R100-million that, it appears, will largely be irrecoverable. Canyon Springs and the companies in which it invested are now mostly insolvent.

“There is no link,” Godongwana told the M&G. “Any questions can be answered only after the finding by the inquiry, not now.”

Having cleared his desk on Monday Godongwana will now be able to give his full attention to defending himself in the case he has to answer:

A chequered history of accusation, denial and survival
A former senior executive of the National Union of Mineworkers of South Africa, Enoch Godongwana has not given up his ANC posts and is still deputy chairperson on the economic transformation subcommittee of the party’s national executive committee, which is tasked with job creation and other pressing issues facing the country.

Godongwana has earned considerable respect among his colleagues in the ANC for driving economic transformation. One of his former academic colleagues described him as a “brilliant” economist and other politicians regard him as a key player on policy.

But this is not Godongwana’s first brush with controversy over his family’s business transactions. In 2004, he was embroiled in another scandal when he was fired as MEC of finance by Nosimo Balindlela, then premier of the Eastern Cape, following an inquiry she had ordered into corruption and maladministration in the province.

According to a report in the Daily Dispatch, Godongwana was accused of giving his wife, Thandiwe, and another relative R17-million in loans from the Eastern Cape Development Corporation, an accusation he strongly denied.

Although Godongwana was implicated in the findings of the inquiry, chaired by Judge Rajarithina Pillay, he and four other officials, including former sports minister Makhenkesi Stofile, brought a high court application to have the findings dismissed.

In May 2009, Judge Dylan Chetty ordered the Pillay Commission’s findings scrapped, because no proclamation had been issued to extend the commission’s life beyond September 2006 and none of the officials were given a chance to respond to the allegations.

Balindlela ultimately stood accused of using her official powers to prejudice political leaders who did not support her.

There is mounting speculation in government circles that President Jacob Zuma might welcome Godongwana’s resignation. The pension-fund scandal is a huge embarrassment for the government and nobody has forgotten the declassified documents leaked to the press last year at the time of the arrest for murder of Richard Mdluli, the former head of police crime intelligence.

Among them was a report claiming that Godongwana was one of a number of top ANC leaders planning to oust Zuma in the 2012 party elections, something which Godongwana and the others named in the report fiercely denied.