‘Ousted’ Shaik may get R5-million sweetener 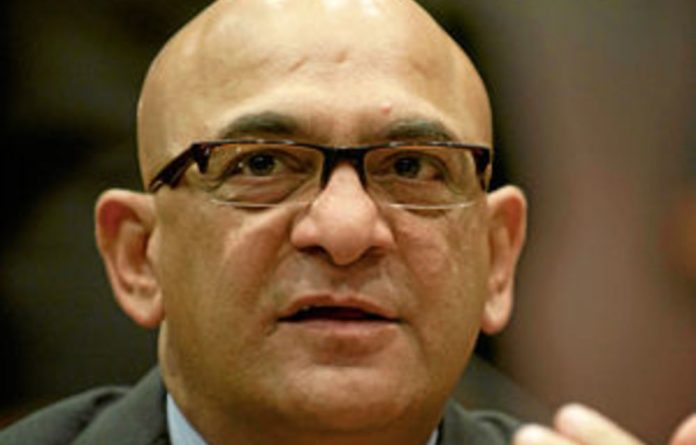 Moe Shaik, the head of the South African Secret Service, is being pushed to quit, with negotiations over a potential R5-million settlement currently underway, according to government sources close to the talks.

Relations between Shaik, President Jacob Zuma and Minister of State Security Siyabonga Cwele have deteriorated to the point where Cwele was forced to ask him to vacate his position before his contract expired in September. Several sources in the state security ministry confirmed this week that all parties agreed that Shaik should step down and that the only remaining factor was the finalisation of his settlement.

“It is no longer a matter of whether he is leaving or not,” said a senior government official close to both Cwele and Shaik. “I just know he is leaving. As soon as the parties agree on the terms of the settlement he will be out of that place. The minister feels they can no longer work together with Shaik. He [the minister] says he wants to work with people that are compatible. There has been a break down of trust between the two.”

The sources said that Shaik has spent the better part of the past three months negotiating with his political masters for a reasonable settlement at least equivalent to five years’ salary. When calculated, the entire settlement package was estimated at R5-million. In addition, Shaik, according to government sources, was demanding that he be re-deployed to a different state institution.

But Cwele’s spokesperson, Brian Dube, said the minister was not aware of any discussion relating to Shaik’s settlement.

Shaik’s imminent departure follows the resignation of state security director general Jeff Maqetuka last December and the head of the National Intelligence Agency, Gibson Njenje. All three have clashed with Cwele, allegedly over his request to place several senior ANC leaders under surveillance and intercept their communications. This followed an analysis of perceived threats in the ministry’s quarterly political stability assessment report.

Earlier this year it was reported that the three spy bosses had complained to Zuma about Cwele’s involvement in what they alleged were unauthorised operations, including the surveillance of Cabinet ministers.

They were also said to be concerned about state security being used to fight factional battles within the ruling party ahead of the ANC’s elective conference in Mangaung at the end of the year.

However, Zuma is understood to have sided with Cwele.

Formerly a close ally of Zuma, Shaik is no longer in the good books of the ANC president, according to ANC and government sources.

Relations between the two are said to have soured when Zuma, after his election to president, grew closer to the Guptas, controversial industrialists with strong ties to Zuma and his family.

Approached for comment this week, Shaik said: “When I have something to say, I will make a public announcement.”