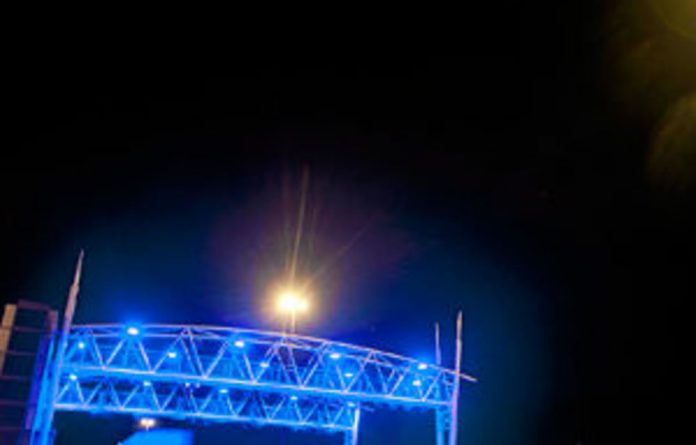 Ratings agency Moody’s announced on Thursday that it had placed the global A3 long-term rating and its national-scale Aa2.za rating of the South African national roads agency (Sanral) under review for a possible downgrade.

The announcement followed the government’s decision to delay the tolling of the Gauteng freeway improvement project (GFIP).

This was “likely to exert pressure on the company’s cash flows and casts doubt on the government’s transport policy strategy”, Kenneth Morare, Moody’s lead analyst for Sanral, said in a statement.

The announcement comes on the heels of warnings by analysts that the government’s flip-flop over road tolling in Gauteng could drive investors away from other parastatals and, if the crisis is not resolved, plunge Sanral into a debt trap akin to that of Greece.

The new Sanral board, after a meeting Transport Minister S’bu Ndebele last Friday, postponed the roll-out of controversial electronic tolling (e-tolling) intended to pay for the improvement project. The move has placed Sanral in a financial quandary, as it needs the tolls to start paying back the debt it acquired to extend and upgrade the road network.

The Gauteng government mooted the project in the late 1990s and, in 2008, the national government decided that the roads would be tolled. In August last year, following public outrage and a subsequent review of the tolls by a departmental steering committee, the Cabinet decided, after revising fees for commuters, to start with the roll-out.

But there have been a number of postponements since then, last Friday’s being the latest.

Canter said that the timing of the decision to delay tolling was extremely problematic. Sanral had built up a R37.5-billion debt, according to Moody’s, to fund its capital expenditure programme. Cantor estimated that, conservatively, the annual interest repayments on this amount could be R2.5-billion. But, he said, according to Sanral’s financial statements its revenue minus its operating expenses — in other words, its earnings before it began paying interest — would be only R1.3-billion.

If a decision was not reached soon, the company would head into a debt trap — it would have to borrow money from capital markets to repay interest on existing debt — which could turn into a situation not unlike what Greece was experiencing, Canter said.

However, he thought it was extremely unlikely that the government would not rescue Sanral and leave bondholders in the lurch.

“Sanral borrowed money with the backing of the government on a tolling strategy to repay the debt,” said Canter. “If the government chooses to cancel tolling at the last moment, then they will have to make good on the lost revenues.”

It was very likely that most of Sanral’s outstanding debt was held by pension funds and unit trusts, and “this paper is in the hands of the people of South Africa”, Canter said.

The state guaranteed about 53% of Sanral’s debt, which meant 47% was not explicitly guaranteed. But Sanral was a key parastatal, so it would be “very hard for the government to walk away from this”.

He said the problem was precipitated by a sudden change in government policy rather than poor performance on Sanral’s part. In fact, Sanral’s delivery track record was “world class”. It had not been implicated in corruption and had sound financial management, so it was of great concern that the work of a well-run agency could be disrupted in this manner.

“This kind of sudden change of policy will have a knock-on effect on how lenders view other parastatals,” said Canter. “If we can’t rely on unambiguous undertakings to government agencies and [state-owned] companies, then lenders will have to seriously reconsider their lending exposure.

Before Moody’s announcement, ratings agency Standard & Poor’s (S&P) said it did not expect the problem to have an immediate impact on the country’s rating, although it could affect the broader parastatal sector, according to its managing director in South Africa, Konrad Reuss.

Although S&P did not rate Sanral itself, Reuss said it did rate a number of large parastatals that were critical to infrastructure development and economic growth, such as Eskom.

Given the support the treasury had historically given to parastatals in times of crisis and its explicit guarantees for a portion of Sanral’s debt, it was likely to do so again.

Reuss said that, when the agency considered the country’s credit rating it examined not only the national government’s debt but also broader public sector debt, which included parastatals.

So the toing and froing over tolling created uncertainty for Sanral and, with regard to risk premium, could be damaging for the whole parastatal sector, he said.

In an interview with City Press on Sunday Ndebele distanced himself from the decision to toll the Gauteng project. But the question is why did he not object to it in 2009 when he was appointed? Although there is a clear expectation now that the treasury will bail Sanral out, treasury spokesperson Bulelwa Boqwana said that the budget process was closed and referred all queries about Sanral’s funding issues to the department of transport.

The debt ‘will be settled’
“It must be re-emphasised that the government is committed to settle its debt on GFIP [Gauteng freeway improvement project] and it will indeed be settled,” spokesperson for the transport department Tiyani Rikhotso said.

“While global consequences of our government decisions are taken into account, it must, however, be emphasised that the living conditions of our people take precedence when it comes to setting the country’s developmental agenda.”

“It is for this reason that a determination was made to put e-tolling on hold so that various funding options can be explored in view of the consultation process with the public and the specific stakeholders which necessitated this decision.

“We are indeed certain that such funding options will not have a negative impact on the credit rating of the republic. These funding options will be pronounced once the task team has completed its work. The minister [of transport, S’bu Ndebele] will also convene a roads funding summit to further explore future investments for the road infrastructure plan.”

Rikhotso said that the freeway project had been linked to a large extent to Ndebele but it “was approved by the Cabinet, and the whole executive continues to take ownership of this project”.

“The GFIP was initiated — in view of the growing traffic congestion, particularly in Gauteng as the economic hub of our country.

“Secondly, the GFIP was also conceived in line with the preparations for the World Cup, which was indeed a global priority. We are, therefore, not surprised that no-one has raised an issue regarding the benefits that this project has brought to the road users of Gauteng. It, therefore, cannot be correct to allege that this project was ill-conceived and badly executed. “The GFIP also has nothing to do with the elective conference of the ruling party, but it has everything to do with the road infrastructure development agenda of the republic.”