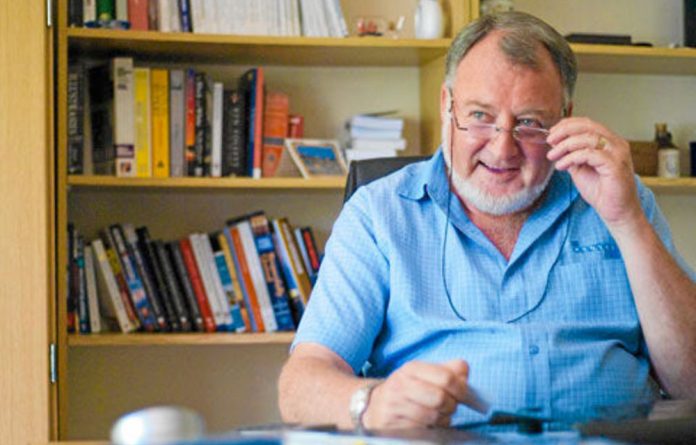 School governing body organisations are threatening legal action against the department of basic education for its recent decision to ban bonuses for teachers at state schools.

The new regulations, which came into effect in December, also limit the number of hours a teacher can work and ­present a new formula for the calculation of overtime payment. They will have the most impact on former model C schools, which can afford to pay teachers extra.

The ­governing bodies are opposing the regulations because, they say, it presents a real threat of ­quality teachers leaving for better-paying private schools.

“We are hoping that the department will withdraw these regulations, but if they don’t we will take it to court,” said Paul Colditz, chief executive of the Federation of Governing Bodies of South African Schools. “Excellence must be rewarded — The manner in which the additional payments are to be calculated for work done outside the normal hours has no rational basis.”

The federation represents 1 300 schools in all quintiles.

Tim Gordon, chief executive of the Governing Body Foundation, said the foundation was taking legal advice on the matter. “Legal action on the regulations remains a possibility — We are speaking to lawyers to see if there is any legal basis for challenging the department’s move.”

Ezra Ramasehla, president of the National Professional Teachers’ Organisation of South Africa, the second-largest teachers’ union, said it was “lobbying teacher unions and civil societies to fight this” and demanded a moratorium on the implementation of the regulations.

What the regulations say
The regulations stipulate that a teacher may not work for more than two extra hours on a school day, or more than six hours on other days.
Schools also have to submit a written application for permission to pay extra remuneration to teachers. Although this process is not new, it has been made “much more prescriptive and limiting”.

A beginner teacher in a state school earns between R10 000 and R11 000 a month before deductions, whereas a highly experienced teacher could get about R16 000.

The department dismissed allegations that it was trying to curtail the powers of governing bodies. It said the regulations were aimed at addressing issues of transparency and accountability in schools.

Basic education Minister Angie Motshekga was quoted as saying that the conditions of service had to be the same for all teachers and those in poor areas should not get less pay than teachers in richer areas simply because parents could not afford it.

Ramasehla said his union understood that poorer schools would “feel that paying bonuses to only some teachers [such as those in ­former model C schools] is unfair, but we think that they must then move to being able to give their teachers incentives”. He asked for a thorough investigation into the “payment of perks”.

The governing bodies’ federation, which represents more than 600 schools in mainly the higher quintiles, said the fact that schools in poorer areas were unable to afford to pay their staff additional money was “surely insufficient reason to restrict many educators and learners from receiving this benefit”.

In terms of the “irrational” limitation on working hours, Colditz said: “What happens to children during school excursions over weekends or during school holidays? Does this now mean that, instead of one, three teachers must be appointed to accompany the child?”

Going beyond existing law
Colditz said the new regulations were “unlawful” because they were not authorised by existing law, or, at the very least, went beyond what the existing law authorised the minister to do. This was the basis on which the federation would consider taking legal action. “The minister is creating new law in the regulations, thereby usurping the role of Parliament.”

Gordon said the regulations were the state’s attempt to “significantly reduce these additional payments”.

“The immediate benefits accruing from such payments are that teachers work harder and longer hours. This has a direct correlation with the improved results of the learners at the school.” He said the regulations restricted the “right” of governing bodies to pay additional remuneration to teachers for extra work and contradicted the underlying principles of the Constitution.

After 1994, Gordon said, the state had recognised that parents needed to take on more responsibility for how schools were governed and passed on a number of its responsibilities to ­governing bodies. They undertook these voluntarily and were given certain rights and privileges in turn, including the right to pay state teachers a little extra.

But taking legal action would be a last resort, Gordon said.

“We would much prefer to sit down and discuss this issue constructively with the department in the interests of good education, rather than resorting to resolving things confrontationally in a court of law.”

Sadtu says…
The South African Democratic Teachers’ Union, the largest union with more than 250 000 members, said it supported the regulations.

“If bonuses are to happen, then everyone must get bonuses,” said Nomusa Cembi, the union’s national spokesperson. “There is a concern that parents at poorer schools will feel pressure to pay their teachers bonuses too, which is an extra burden. And what about those that can’t afford this?”

Matter of fact
A previous version of this article incorrectly reported that Tim Gordon said the new regulations were “unlawful” because they were not authorised by existing law. This was actually a quote from Paul Colditz. We apologise for the error.