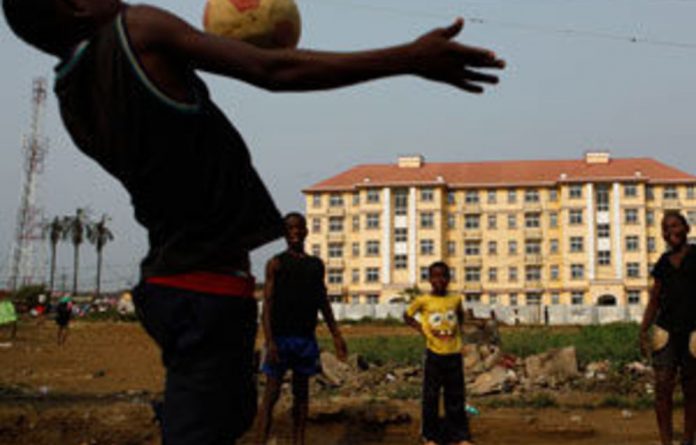 It may be Didier Drogba’s last chance to win the African Cup of Nations (ACN) as Côte d’Ivoire again begins its quest for a long-awaited continental title.

The Chelsea striker (33) hopes to mark a decade on his national team with triumph in Gabon and Equatorial Guinea after the major disappointments of 2006, 2008 and 2010.

In the absence of Egypt, Cameroon and Nigeria, Drogba and the highly rated Côte d’Ivoire squad may never have a better opportunity as the tournament favourite prepares to start its campaign against outsider Sudan in Group B on Sunday.

In back-to-back matches on the second day of the African Cup, Burkina Faso and Angola will also meet at Estadio de Malabo on Sunday, with both aiming to be Côte d’Ivoire’s main challenger in the group.

The focus will undoubtedly be on top-ranked African team Côte d’Ivoire, however, and its attempt to win for the first time since 1992.

Added urgency
With Drogba and some of his experienced team mates heading toward the end of their international careers, this campaign has taken on added urgency. Alongside Drogba, defender Kolo Toure and midfielder Didier Zokora may not make another African Cup.

“We have great players so we have to win something, we have to win this Cup of Nations,” midfielder Cheick Tiote said. “Every time there is an African tournament, people tell us that we are favourites to win. But when you look at our trophy cabinet, there is nothing there. Absolutely nothing.”

On Sunday, Côte d’Ivoire’s array of big names — including Drogba, Zokora, forward Gervinho of Arsenal and Manchester City midfielder Yaya Toure — will come up against a team that hasn’t won a game at the finals in 42 years. And yet, Sudan still has as many titles as Côte d’Ivoire: one.

This is only the fourth tournament that Sudan has qualified for since it was crowned champion in 1970. After a 3-0 loss to Tunisia and a 0-0 draw with co-host Gabon in warm-up matches, Mohamed Abdallah’s team has been given little chance of upsetting Côte d’Ivoire in the group opener.

But Côte d’Ivoire has disappointed before when success has been predicted, and coach Francois Zahoui will hope his experienced stars have learned from semifinal and quarterfinal exits at the last two championships.

Burkina Faso’s match with Angola is less easy to predict, although 2006 World Cup qualifier Angola starts as favourite against a team whose build up was complicated by eligibility issues over Cameroon-born defender Herve Zengue.

Zengue was cleared to play but didn’t make Burkina Faso’s final squad for the tournament.

Burkina Faso’s Alain Traore of Auxerre and Angola’s FC Porto forward, Djalma, are the outstanding players in each team and should lead both attacks in Equatorial Guinea’s capital.

But Group B’s second game is likely to only serve as an indicator of which team will qualify for the quarterfinals behind Côte d’Ivoire. –Sapa-AP