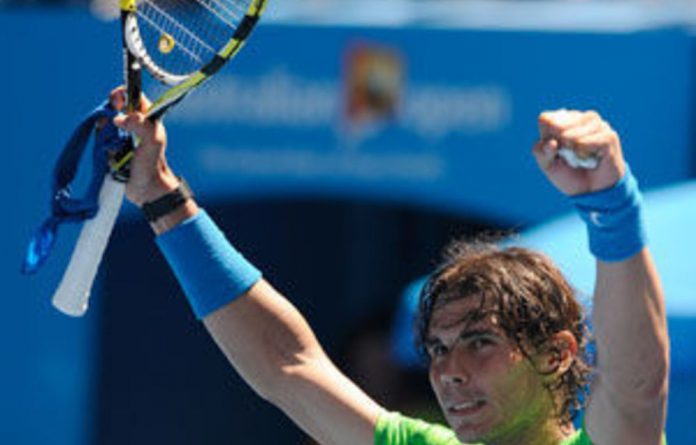 Rafa Nadal blew hot and cold against fellow Spaniard Feliciano Lopez but emerged a comfortable 6-4 6-4 6-2 winner under a blistering sun to become the first man into the Australian Open quarter-finals on Sunday.

The world number two, coming off three lop-sided victories, encountered much stiffer resistance from his Davis Cup team mate, a fellow left-hander whose chipping and charging to the net had the Mallorcan repeatedly on the back-foot at Rod Laver Arena.

Nadal came to Melbourne Park under an injury cloud and had his left foot strapped by a physiotherapist early in the first set but moved nimbly enough to wear 30-year-old Lopez in the heat and seal the match in less than two and a half hours.

Nadal, the 2009 winner, advanced to his sixth consecutive quarter-final at Melbourne Park, where he will face either Czech seventh seed Tomas Berdych or another Spaniard, Nicolas Almagro. — Reuters