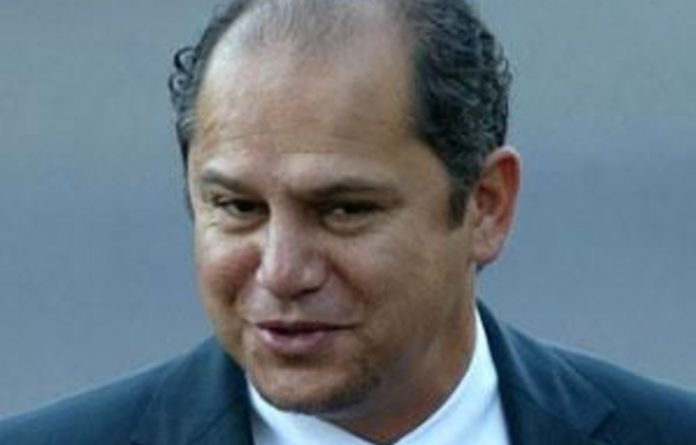 The presidency has declined to comment on a Sunday news report that convicted fraudster Schabir Shaik wants a presidential pardon and the repayment of a claimed R2-million loan to President Jacob Zuma.

“There is no comment. The issue of the pardon application has been responded to by the ministry of justice… that’s the only issue we are commenting on, not the others,” Zuma’s spokesperson Mac Maharaj said on Sunday.

Shaik told the Sunday Independent newspaper that he had not been re-paid and wants what he maintained was a R2-million loan to Zuma, who according to a court finding was bribed by Shaik.

It was believed that the initial loan amount of R2.5-million, primarily used for Zuma’s children’s upkeep and educational needs, was part of a loan agreement drawn up by an attorney, the newspaper said.

Only R500 000 of that has reportedly been paid to Shaik by Zuma.

Shaik also reportedly wants his presidential pardon. It has been more than three years since he applied for it.

He said he had not heard from Zuma since he became president despite their being in contact before that.

Shaik told the newspaper he felt used and let down by Zuma who was once a close friend.

“Now that Shaik is a dried up well, the Guptas are the flavour. I have been used and abused,” he is quoted as saying.

He said he was concerned that nothing had yet come of his pardon application and feared he was running out of time.

Shaik’s application was currently before the department of justice.

Department spokesperson Tlali Tlali said it would then be sent to the president for his consideration and decision, the report said.

In 2005, the Durban High Court sentenced Shaik to 15 years imprisonment for fraud and corruption. His sentence effectively ends in 2021.

On March 2009, Shaik was released on parole with a terminal illness, which sparked controversy and accusations of special treatment because of his political connections. He then applied for a presidential pardon.

The Supreme Court of Appeals will next month rule on an application by the Democratic Alliance that challenges the National Prosecuting Authority’s decision to halt Zuma’s prosecution on fraud and corruption charges related to Shaik’s case in 2009.

At the end of last year, the Mail & Guardian was threatened with legal action when we discovered evidence of a highly improper relationship between spokesperson Maharaj and Shaik. Other newspapers then exposed several alleged payments made by Shaik to Maharaj via his wife Zarina Maharaj only months before the awarding of a dodgy tender while Maharaj was transport minister. In addition Shaik reportedly sent the Maharaj family on a trip to Disneyland in July 1996. Maharaj made no attempts to disclose the payments or gifts while serving as minister. — Sapa and M&G