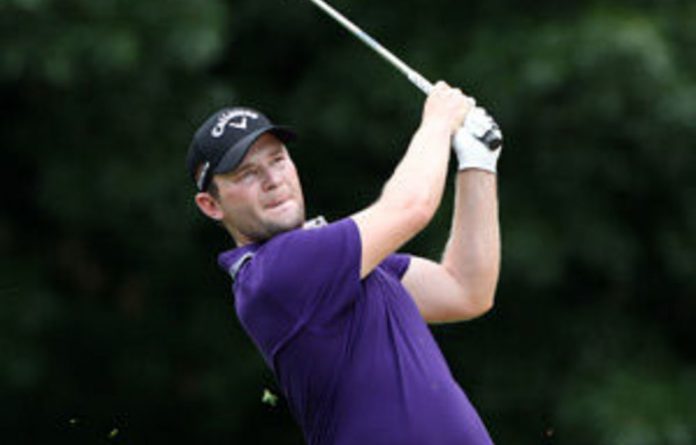 After climbing a phenomenal 166 positions in the latest world rankings released on Monday, South African golfing sensation Branden Grace says he has his eye on the Masters at Augusta in April.

Grace, who rose to 92nd in the rankings after two consecutive European Tour wins — at the Joburg Open and the Volvo Golf Champions — needs to climb into the top 50 to earn an invite to the first Major of the year.

“Getting into the top 50, I think that is every player’s goal,” Grace said after beating countrymen Ernie Els and Retief Goosen in a playoff at Fancourt at the weekend.

“To get into a Major would be an unbelievable year.

“If I could achieve that to get into the Masters, it would just be a highlight, indescribable.”

Grace (23) will head to Dubai this week for the HSBC Golf Championship with a new set of goals but he was not putting any pressure on himself.

“The next couple of weeks is one of those things where anything can happen,” he said.

‘Running with emotion’
“I just hope my game stays the way it is. I hope my energy levels stay up.

“I know for a fact I’ll definitely take it easy the next couple of days, go out and play the Pro-Am in Abu Dhabi and take it from there.”

In a little over two weeks, Grace rocketed up the global list after going winless in his first 49 events on the European Tour and the youngster was still coming to terms with his double breakthrough.

“I think I’ve just been running with emotion,” he said.

Grace, after three events of the 2012 season, leads the Race to Dubai money list with R5.8-million in earnings.

“I’m looking forward to the next two weeks,” he said.

‘Making new goals’
“I’ve always looked forward to playing in Dubai and playing in a tournament of that calibre, which is a different thing for me.

“So [I’m] going back and making new goals and taking it from there.”

Having achieved the rare feat of winning two weeks in a row, Grace said his Joburg Open win had carried him through to the Champions event in George, his home town.

“I think the confidence played an important role and I really wanted to play here [in George],” he said.

“I think if you ask any player, in a tournament at their home course, they want to do well.

“They want to perform and they will give it their best.” — Sapa