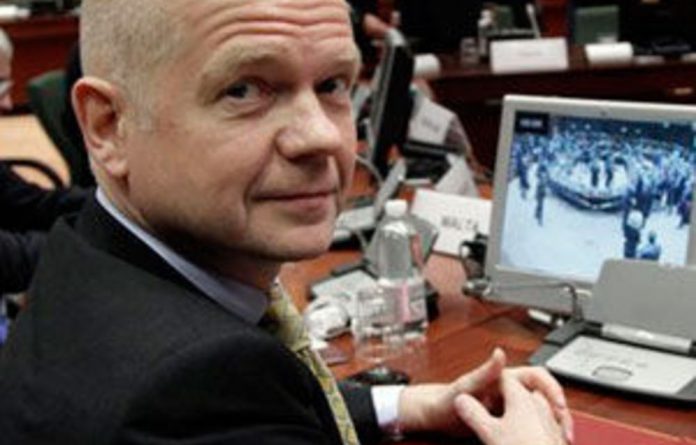 The European Union (EU) formally adopted an oil embargo on Monday against Iran and a freeze of the assets of the country’s central bank as part of sanctions meant to pressure the country to resume talks on its nuclear programme.

Diplomats said the measures, which were adopted in Brussels by the EU’s 27 foreign ministers, include an immediate embargo on new contracts for crude oil and petroleum products, while existing contracts will be allowed to run until July.

EU diplomats have said the measure is part of a twin-track approach towards Iran — increase sanctions to discourage what they suspect is Iran’s pursuit of nuclear weapons, but also emphasise the international community’s willingness to talk.

Iran says its nuclear programme is exclusively for peaceful purposes.

“I think this shows the resolve of the European Union on this issue,” Hague said.

The EU also agreed to freeze the assets of the Iranian central bank. Together, the two measures are intended not only to pressure Iran to agree to talks but also to choke of funding for its nuclear activities.

She says she has not yet received a reply.

In advance of Monday’s decision, negotiators worked hard to try to ensure that the embargo would punish only Iran — and not EU member Greece, which is in dire financial trouble and relies heavily on low-priced Iranian oil.

The foreign ministers agreed to a review of the effects of the sanctions, to be completed by May 1, a diplomat said. He spoke on condition of anonymity to discuss the subject before the official announcement. And they agreed in principle to make up the costs Greece incurs as a result of the embargo.

“It is important to know what will happen to individual countries as a consequence of the sanctions,” Ashton said before the meeting.

German Foreign Minister Guido Westerwelle said it was critical that action be taken.