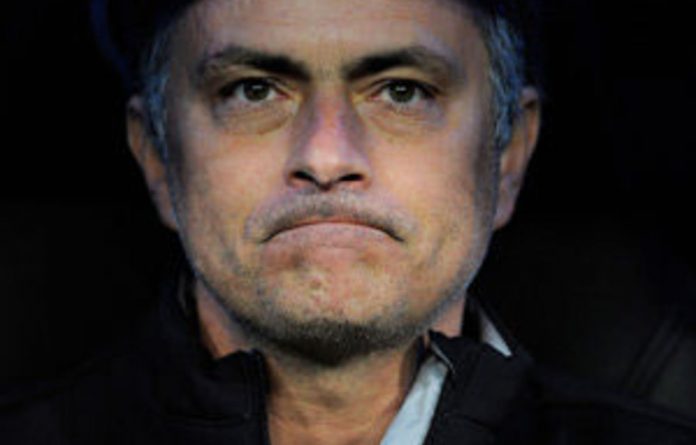 Jose Mourinho faced a Real Madrid revolt on Sunday after he claimed his players were stabbing him in the back, sports daily Marca reported.

Marca claimed the combustible Portuguese coach had accused some of his stars of trying to betray him by conducting a whispering campaign in the press.

“You killed me in the mixed zone,” Mourinho was reported to have said to his players, referring to the bustling area where media get the opportunity to talk to players after matches.

“Obviously, as you Spanish are the world champions, your friends in the press will protect you.”

The fall-out between the coach and his team came in the aftermath of Madrid’s 2-1 defeat by Barcelona in the King’s Cup quarter-final first leg on Wednesday.

Equaliser
Marca said that Mourinho had rowed with defender Sergio Ramos, who he claimed had not marked Carles Puyol closely enough, allowing the veteran Barca player to score the equaliser in Wednesday’s tie.

The newspaper even reported the pair’s heated exchange.

“Ramos: ‘We decided to change the marking positions [with Pepe].'”

“Mourinho: ‘So you are trying to be the coach?'”

“Ramos: ‘No, but sometimes you have to change the marking in a match. As you have never worn the shirt as a high-level player, you wouldn’t know that this situation sometimes presents itself.'”

Madrid was due to host Athletic Bilbao on Sunday evening, when they will bid to re-establish their five-point lead at the La Liga summit. — AFP