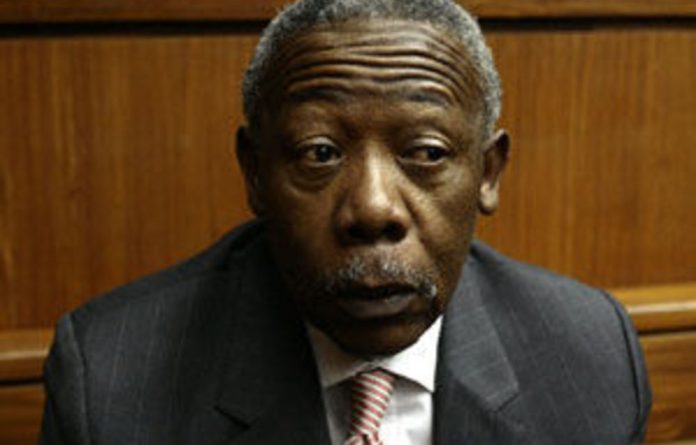 Former police chief Jackie Selebi has been admitted to the intensive care unit at Steve Biko Academic Hospital in Pretoria, the Sowetan newspaper reported on Monday.

His condition was believed to be deteriorating.

A hospital official said a “weak” Selebi was moved from the nephrology unit where he was undergoing dialysis to the ICU last Wednesday.

He was wheeled into the hospital’s nuclear medicine unit for x-rays, the official told the publication.

This is where they check for cancerous tumours. Selebi is also being examined by cardiologists.

Correctional services deputy commissioner Zacharia Modise could not confirm or deny that Selebi had been taken to ICU.

The former head of international police unit Interpol was admitted to hospital in December.

His health problems started after he collapsed in his Pretoria home after learning that his appeal against a 15-year jail sentence for corruption had failed in the Supreme Court of Appeals. — Sapa

Another ANC member hands himself over to the police

Former ANC MP hands himself over to the police in connection with Bosasa kickbacks, with more arrests expected
Read more
Opinion

A warder at a correctional facility has tested positive for Covid-19, sparking concerns about the effects of the pandemic on the whole system
Read more
Advertising