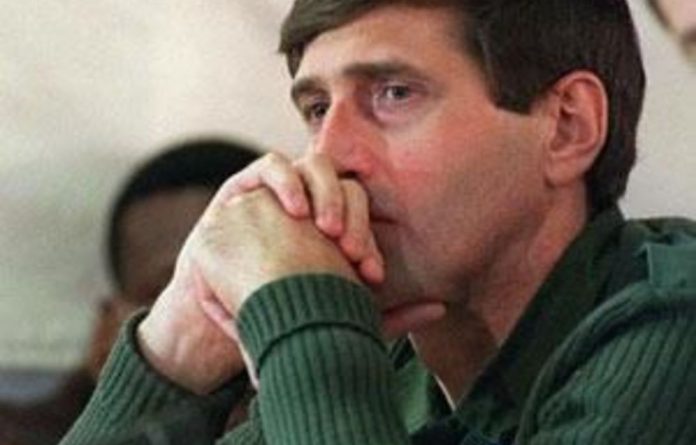 Apartheid police hit squad leader Eugene de Kock wants forgiveness from the family of ANC lawyer Bheki Mlangeni, whom he killed with a bomb in 1991, according to the Star newspaper on Tuesday.

“…Your forgiveness will mean a lot to me, but it can in no way wash away the pain I have caused,” De Kock wrote in a letter.

“If you ever feel it will help you to deal with your pain and sorrow, feel free to visit me,” he wrote.

The letter comes after Mlangeni’s mother Catherine Mlangeni was quoted in another report by the same publication saying De Kock must rot in jail.

The 80-year-old woman said he must not be granted parole because he had never shown remorse and never approached the family for forgiveness.

When told about De Kock’s wish to meet her, Mlangeni said: “Why does he want to apologise for now after such a long time … I am not so sure if he is genuine … What was he waiting for all this time?”

“And whether the government releases him or not, it will never bring back my husband.”

De Kock, in terms of a recent court ruling, may apply for parole after 13 years and four months in prison.