Jailed Buthelezi to be grilled in Canyon Springs inquiry 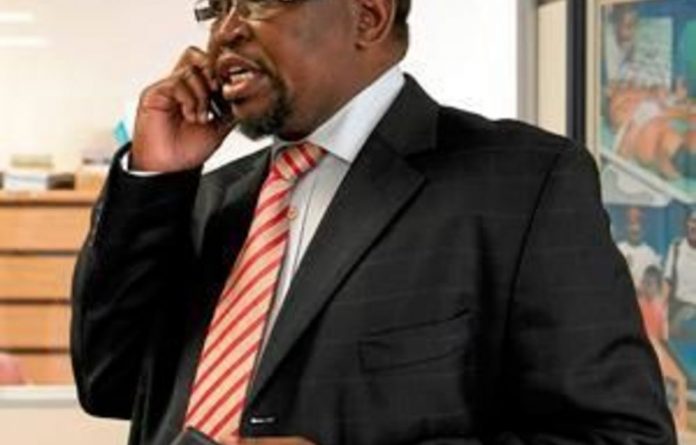 The inquiry into how R100m of clothing workers’ pension money went missing will move to Pollsmoor Prison in Cape Town to hear testimony from Sam Buthelezi, one of the key players in the Canyon Springs scandal that has already brought a Cabinet minister, his deputy and senior union officials into the glare of the public eye.

Buthelezi, the owner of the asset management group Trilinear who has been arrested for fraud in the scandal surrounding the missing R100-million, will be forced to give evidence at the prison on Wednesday.

Shortly before his arrest, Buthelezi failed to arrive at the inquiry to be questioned. Instead, he went to court to try to avoid appearing at the insolvency inquiry into Canyon Springs, the company which loaned the pension fund money on the basis of a verbal agreement, but the court ordered him to give his evidence.

“Prison authorities did not allow Buthelezi to come to the inquiry in the city, for security reasons, and the inquiry will now relocate to Pollsmoor”, Advocate Gavin Woodland, SC, acting for the Southern African Clothing and Textile Workers’ Union (Sactwu) told the Mail & Guardian.

An experienced inquiry commissioner, Johannesburg attorney Jan Reitz said he had been informed that the press would not be allowed into Pollsmoor to cover the proceedings.

“I have certainly never been asked to preside over a commission in prison before,” confirmed Reitz.

While the inquiry is a closed affair, a few media groups managed to obtain permission from the courts to attend the proceedings, and will be allowed access to the transcripts of Buthelezi’s evidence.

Buthelezi is behind bars because he failed to raise bail after the trustees of the investment vehicle Trilinear Empowerment Trust, the vehicle used for the pension fund money, laid charges of fraud totalling R40-million against him and union organiser Richard Kawie.

Kawie stands accused of being central to the facilitation of the loans to Canyon Springs, and he also held shares in a family trust in the company.

The inquiry has already subpoenaed the bank records of the Trilinear group, and included in these records were damning details of the flow of money to private accounts and trusts, as well as Canyon Springs, a company that is 50% owned by former deputy minister of economic development Enoch Godongwana and his wife, Thandiwe.

Godongwana quit his job last week, amid growing “outrage” in government circles about the disappearance of the workers’ pension fund money.

On Tuesday, the Democratic Alliance called on Economic Development Minister Ebrahim Patel to appear before the parliamentary portfolio committee on economic development to account for his involvement with the Canyon Springs deal. Patel was the general secretary of Sactwu at the time the deal was made, but has been told he does not need to testify before the commission.

Trilinear was also involved in using a further R250-million of the pension fund money to buy into a struggling luxury property group, Pinnacle Point, which has now been liquidated. Another inquiry into the insolvency of Pinnacle Point will follow on from the Canyon Springs inquiry, at a still undetermined date.

At the end of last year, the Financial Services Board also withdrew the licences granted to Trilinear, which means it could no longer manage or invest clients’ money, and Trilinear closed its doors.

The inquiry is hoping for Buthelezi’s response to evidence by former Trilinear fund manager Siphmandla Jama that R13-million of a R15-million Canyon Springs loan to another company, Leading Prospects, went to Buthelezi’s Pasima family trust.

In court papers, Sactwu general secretary Andre Kriel asserted that Kawie was the effective corporate controller of Canyon Springs and he and Buthelezi had “orchestrated” the scheme through which the Trilinear Empowerment Trust lent the company more than R100-million.

Kriel’s affidavit was part of the union’s application to oppose Kawie’s bid to overturn his inquiry subpoena.

The idea had been that Trilinear Asset Management would invest in empowerment equity transactions, which, as a rule, mainstream financial institutions did not fund, said Kriel in his affidavit.

“It was intended that premium returns on these investments, which were to be of a medium to long-term nature, would be generated for the benefit of Trilinear Empowerment Trust and, ultimately, the five beneficiary provident funds.”

Kriel claimed that Trilinear Asset Management had no authority to use the fund money placed in the Trilinear Empowerment Trust to make loans.