One year after the uprising, Egyptians ask: Is this it? 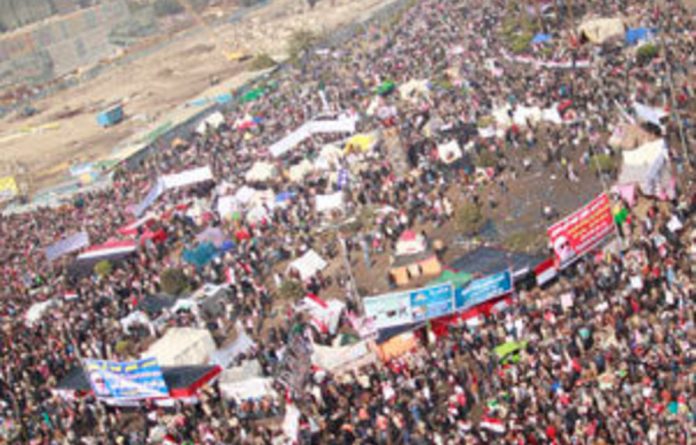 Egyptians converged on Cairo’s Tahrir Square to mark Wednesday’s first anniversary of the uprising that toppled Hosni Mubarak, as debate raged over whether the rally was a celebration or a second push for change.

Thousands of Islamists, liberals, leftists and ordinary citizens made their way to the iconic square after a night of rare rainfall, hailed by many as an auspicious sign.

Protesters carried banners with a wide range of messages, reflecting the disagreement over what Wednesday’s rally symbolised.

The powerful Muslim Brotherhood, which dominates the newly elected Parliament, is there to celebrate one year after Egyptians — inspired by an uprising in Tunisia — took to the streets to topple the regime.

At odds with the military
But several other groups, including pro-democracy movements behind last year’s revolt, insist they are there to reignite their unfinished revolution and demand the ouster of the military council that took over when Mubarak quit.

“The first anniversary celebration” read one huge banner in the square, where “popular committees” searched protesters on their way in.

“Down, down with military rule,” read another.

Four stages have been built, with different groups expected to broadcast their own messages from the podiums.

The big question, reflected in the headline of the state-owned weekly Al-Ahram Hebdo, remains: “Who will capture the soul of the revolution?”

Once the official “Day of the Police”, January 25 has now been declared “Revolution Day” by the Supreme Council of the Armed Forces, with massive celebrations, fireworks displays and air shows planned nationwide.

Security forces said they are on alert for “any attempts to sabotage” the celebration, but the interior ministry said there will be no police presence where protesters are gathered.

On Tuesday, Amnesty International called on the military rulers to protect the protesters and uphold the right to peaceful assembly. — AFP