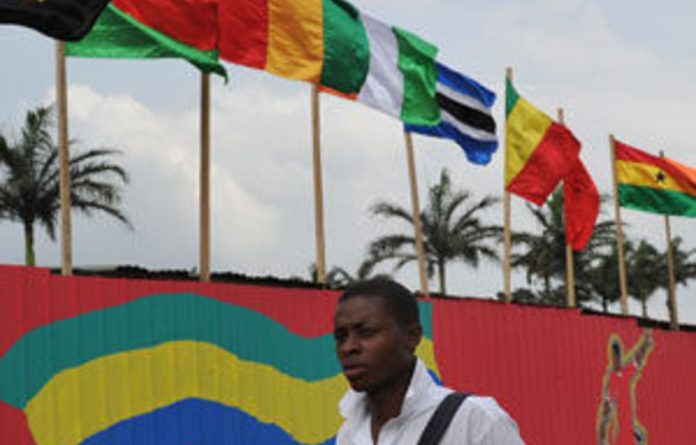 Twelve years ago, Equatorial Guinea made world sports headlines in the Sydney Olympics when Eric Moussambani posted the slowest record for swimming the 100m freestyle at an Olympic competition.

Eric had trained in the pool of a hotel in Malabo, the capital city, because there were no Olympic-size pools in the country.

Now, as the Africa Cup of Nations (Afcon) kicked-off this week in Equatorial Guinea, only two years after South Africa became the first African nation to host a major world sporting event, many Equatoguineans feel a surge of pride to co-host star African footballers like Yaya Toure, Didier Drogba, Michael Essien and many others.

But at what cost? One can’t eat pride. Pride can’t pull you out of poverty or illiteracy. Pride alone can’t build basic infrastructure like roads, bridges, reliable electricity and internet. You can’t drink, bathe in, nor cook with pride. Pride is no substitute for basic medical care.

My country’s people understand that, if managed responsibly, oil and gas revenues could prove a blessing for our once-impoverished nation and lift us all out of poverty. But instead, our government is choosing to bet the house on fleeting, high profile events like a football tournament, an $830-million luxury resort to host the 2011 African Union summit, dozens of presidential palaces and monuments exalting the president.

We Africans have seen this before. Our rulers demonstrate through actions their misguided belief that modernisation is synonymous with development, that glistening skyscrapers, stadiums and luxury resorts somehow magically dissolve poverty.

They circulate slick press releases touting ribbon-cutting ceremonies for stadiums and monuments. What they fail to mention is that most of their people still lack running water, electricity or functioning hospitals.

Sadly, what is happening in Equatorial Guinea is not new. Yet the widespread poverty and inequality in this small nation of 700 000 people and the missed opportunity by our government to significantly improve the well-being of all people with our natural resources, make it a particularly shameful example of the lack of leadership that has afflicted far too many Africans countries since the end of colonialism.

My country’s government remains tone deaf to the basic needs of its people. Most people lack access to affordable medical care. The general hospitals in the country lack electricity and basic supplies like bandages and antiseptics to care for patients. Unfortunately, the two new modern hospitals built by the government to showcase its petrodollars are unaffordable for ordinary citizens.

If one fielded a football team with 11 randomly selected local children, seven would be from families living below the poverty line, according to World Bank poverty figures. Seven would attend schools lacking electricity. Only three or four would likely complete primary school. And these are the lucky ones, the children who survived the nearly one in eight chance of dying before the age of five.

Even when it comes to sports, our government invests little in its own people. Few local players will experience the thrill of playing in front of home crowds in the new stadiums during the Africa Cup of Nations. The national football authorities decided to heavily recruit foreign players rather than investing in football academies and cultivating home-grown talent. Players from Brazil, Spain and several African countries were granted citizenship and spots on the national team.

Our government officials, however, have invested heavily in themselves. Forbes once estimated President Teodoro Obiang’s wealth to be $600-million, although that is but a guess since the finances of both the government and its officials are kept secret.

President Obiang’s eldest son and heir apparent, Teodorin, has a taste for haute couture, fast cars, luxurious mansions and Michael Jackson memorabilia. Perhaps too much so: he is now under investigation in France and the US for allegedly stealing his government’s money. But his namesake father looks out for him.

Shortly after French police seized 11 of his sports cars in Paris last year, Teodorin was appointed to serve as one of his country’s representatives at Unesco, providing him with diplomatic immunity to continue his playboy lifestyle on the Champs Elysees.

But who looks out for the rest of the children in Equatorial Guinea? It’s hard to imagine that the lives of the children who play barefooted in the slums of Malabo will be improved as a result of the Africa Cup of Nations. Just ask the children of Soweto or Khayelitsha how much their lives and those of their families have improved since the 2010 World Cup.

There is something fundamentally misguided about diverting a country’s finite resources away from fighting poverty and inequality to host a football tournament and for the personal enrichment of the presidential family.

There is something wrong with wasting national resources and revenues with the sole purpose of entertaining outsiders for three fleeting weeks of hollow pride. It can’t be justified.

Unless the government rethinks its priorities, regardless of the new stadiums, hotels and other amenities built to impress foreigners, we will still be coming in last in human development index records, despite the vast resources available in the country.