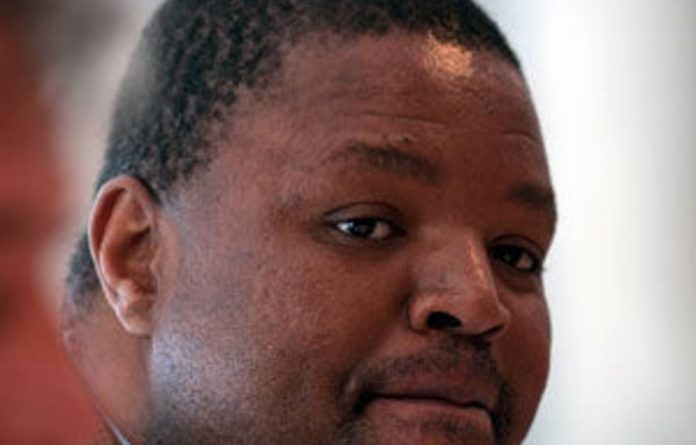 The arrested owner of asset management group Trilinear, Sam Buthelezi, refused to give evidence to the insolvency inquiry into Canyon Springs at Pollsmoor Prison on Wednesday, claiming he could not answer questions on what happened to R100-million of clothing factory workers’ pension fund money, because his legal representative was not present.

The inquiry is trying to follow the trail of the money loaned to Canyon Springs, which is co-owned by former deputy minister of economic development Enoch Godongwana and his wife Thandiwe.

While Godongwana resigned last week, amid talk that there was growing “outrage” in government circles, Buthelezi could not be persuaded by the inquiry legal team to give evidence. Instead, he said he was exercising his “constitutional rights” by not co-operating.

“I don’t have my legal representative here,” said a seemingly composed Buthelezi to the assembled legal team, seated in a conference room at the high-security Pollsmoor. “I am not sure if it is appropriate for me to give evidence now.”

Advocate Gavin Woodland SC, acting for the Southern African Clothing and Textile Workers’ Union (Sactwu), pointed out that the inquiry had “bent over backwards” for Buthelezi and his legal representatives.

Buthelezi has had three sets of legal representatives since the inquiry began last year, and he has gone to court twice to try to prevent him from having to give evidence.

But a Western Cape High Court order dismissed Buthelezi’s application for the recission of an earlier court order granted to force him to appear before the inquiry, and ordered him to submit himself before the commissioner.

“Did the court order take into consideration that I am in jail?” asked Buthelezi, who did not budge from his position.

At no stage during the short proceedings did Buthelezi bring up the question of whether he had money for legal representation, although it is known he has been unable to raise bail of R50000, with the additional R450000 security required.

His co-accused, former unionist Richard Kawie, who allegedly facilitated the loan of R100-million to Canyon Springs, is now out on bail.

The inquiry was informed that Buthelezi’s newly appointed attorney, who could not be reached for comment, had been informed about the inquiry being moved to Pollsmoor Prison to allow Buthelezi to give his evidence, but had said he was busy today.

Once hailed for his skills in asset management, Buthelezi said he would be happy to assist with the inquiry if his legal representative was given a list of questions he would be asked during the grilling.”I am subject to a criminal investigation as well,” he said, stressing he felt these proceedings could prejudice him.

Woodland said that Buthelezi had frustrated the inquiry proceedings at every turn, and he had been ordered by a judge to co-operate with the inquiry. By failing to do so, he was now in contempt of court, which could result in prison time, he said.

Tony Canny, a director of Eversheds which is representing Sactwu, said a meeting would be held next week to determine what action would be taken against Buthelezi for disobeying a court order to give evidence at the inquiry.