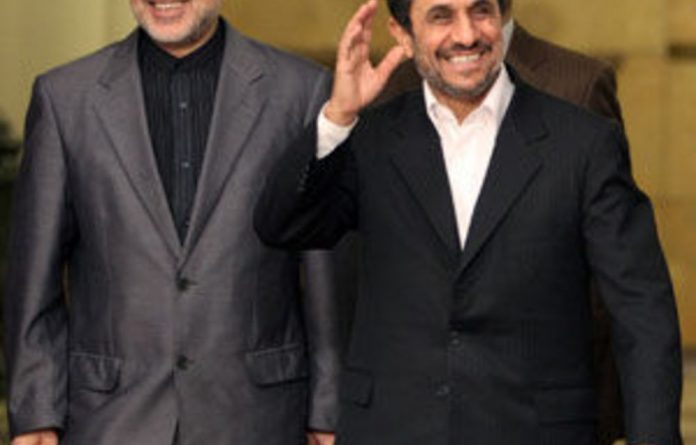 South Africa, which receives a quarter of its crude from Iran, is assessing a worst case scenario in which its oil imports from that country might be halted or cut as a result of widening international sanctions against Tehran.

Africa’s biggest economy, which has been hit by fuel shortages in the past because of strikes and refinery problems, would be hard-pressed to fill any gap quickly. Only Turkey and Sri Lanka rely more heavily on Iran for oil.

“We have said let’s work on a worst case scenario. In other words, let’s just assume that we cannot get anything out of Iran or at a reduced rate, what is going to be the impact?” Nelisiwe Magubane, director general of South Africa’s department of energy, said on Wednesday.

The European Union banned imports of oil from Iran and imposed a number of other economic sanctions on Monday, joining the United States in new measures.

Magubane said South Africa had not received any formal request from the United States to halt or reduce Iranian crude imports. Her comments followed a visit to South Africa last week by a senior US energy official.

Financial cost
Magubane explained that most South African refineries are designed to treat Iranian crude and that any adjustment to handle other crudes would involve a financial cost.

“It is clear that is going to come at a cost to the South African motorist because the refineries might need to do amendments to have a different crude oil diet,” she told Reuters on the sidelines of a carbon finance conference.

Magubane said talks involving the presidency and treasury department would be held on how to minimise the impact of any possible change in Iranian oil imports and that alternative supply sources were under consideration.

US deputy secretary of energy Daniel Poneman said during his visit to South Africa that Washington had been in talks with all oil importers to find alternatives to Iranian supply and would work to avoid any price shocks.

“We … are working with oil consuming countries to help them respond to the new legislation and find alternatives to energy supplies from Iran,” Elizabeth Trudeau, spokesperson for the US embassy in Pretoria, said on Wednesday.

Investment links
South Africa and Iran also have significant investment links. MTN Group, Africa’s biggest telecoms company, is a major player in Iran, where it has over 32-million subscribers and makes nearly 10% of its revenue.

“Our operations are going on as normal, and it’s business as usual. We have not met anyone from any government, whether it’s South Africa or the US, and we are not under pressure from anyone,” said MTN spokesperson Rich Mkhondo.

South African petrochemicals group Sasol said in November it had entered talks to potentially divest its operations in Iran.

The group, which has a US listing, said in a filing to the US Securities and Exchange Commission there was a risk sanctions might be imposed on it by the United States, the European Union and the United Nations as a result of its investments in Iran.

Sasol spokesperson Jacqui O’Sullivan said on Wednesday that the talks were ongoing with a number of businesses and government stakeholders. She also said Sasol was diversifying its supply base.

“Until recently Sasol Oil has procured a relatively small volume of Iranian crude oil — around 12 000 barrels per day. This volume represents roughly 20% of Sasol’s crude requirement for processing at its Natref refinery,” she said.

“In view of recent developments regarding trade restrictions and possible oil sanctions against Iran, Sasol Oil is diversifying its crude oil sourcing to mitigate risks associated with oil supply disruptions from the Middle East.”