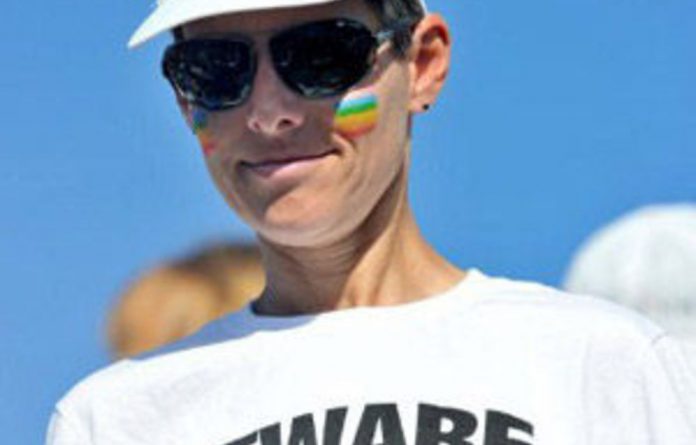 Tennis legend Margaret Court reignited controversy over her views on homosexuality on Wednesday as she defied gay protest threats by visiting the Australian Open.

Activists have launched a Facebook campaign against the Australian, whose 24 major singles titles are a world record, and said they would rally at Melbourne Park against the former player, now a church pastor.

But Court took her seat as a spectator at the event on Wednesday, the same day that she repeated her views in an uncompromising opinion piece published in Melbourne’s Herald Sun newspaper.

“Let me be clear. I believe that a person’s sexuality is a choice. In the Bible it said that homosexuality is among sins that are works of the flesh,” she wrote.

“It is not something you are born with. My concern is that we are advocating to young people that it is OK to have these feelings.”

The article said Australian morals were in “steep decline” and Court also recounted how being caned by a nun had taught a valuable lesson.

“A nun at my primary school once gave me the cane and it was one of the best lessons of my life. She could see the potential in me long before I did.”

Gay activists are planning a protest wearing rainbow colours and waving flags on Friday, according to press reports. Activists have launched an online petition calling for the renaming of Margaret Court Arena.

But protests have been low-key so far. Britain’s Laura Robson wore a rainbow hairband supporting equal rights, and Navratilova wore rainbow colours on her sleeves during a legends doubles match on Margaret Court Arena.

Court said she would not be budged from her views.

“To target me and the tennis is a political stunt,” she was quoted as saying by the Herald Sun. “I love [gays], I even work with them … but what concerns me so much is the amount of hatred that has been directed at me.” — AFP