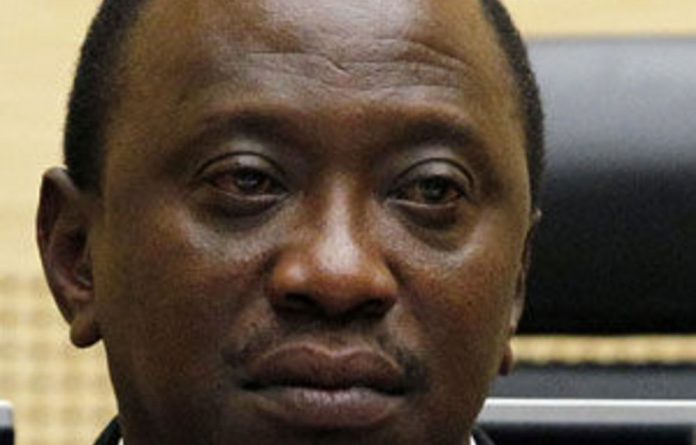 Kenya’s Finance Minister Uhuru Kenyatta resigned on Thursday after the International Criminal Court ruled this week he should stand trial for his alleged role in 2007/08 post-election violence.

Head of public service Francis Muthaura, one of the most influential men in President Mwai Kibaki’s circle, who also had the charges against him confirmed by The Hague-based court, resigned as well.

Kibaki “accepted the decision by Honourable Uhuru Kenyatta to step aside as the minister for finance,” his office said in a statement.

“However, Honourable Kenyatta will retain the position of deputy prime minister in accordance with the Constitution,” it added.

Following the ICC charges, activist groups have gone to court to block Kenyatta, son of Kenya’s first president, from running for the presidency in elections due by March 2013.

Kenyatta, one of Africa’s wealthiest men, and Muthaura, often described as Kibaki’s right-hand man, face five counts including orchestrating murder, rape, forcible transfer and persecution in the aftermath of the December 2007 polls.

‘Confident’
Kenyatta said after Monday’s ruling that his “conscience is clear” but vowed to cooperate with the court.

“I am confident that the truth will come out and I will be vindicated in the fullness of time,” he said, urging people to “remain calm and peaceful during this period”.

One of Kenya’s top newspapers, the Daily Nation, led its Thursday editorial calling for Kenyatta and Muthaura to quit office.

“A person facing criminal charges cannot possibly be allowed to remain in office until cleared,” it said. “It would be decidedly odd if a candidate for president was also a candidate for imprisonment if convicted.”

Kenyatta and Muthaura are among four Kenyans due to face trial at the ICC, along with former higher education minister and presidential hopeful William Ruto, and radio host Joshua arap Sang.

ICC chief prosecutor Luis Moreno-Ocampo was allowed in March 2010 to investigate six Kenyans, three of them aligned with Kibaki’s Party of National Unity and three who supported the opposition Orange Democratic Movement of Raila Odinga, now the prime minister in a coalition government.

The Kikuyu launched reprisal attacks in which homes were torched and people hacked to death in the worst outbreak of violence since independence from Britain in 1963. — AFP