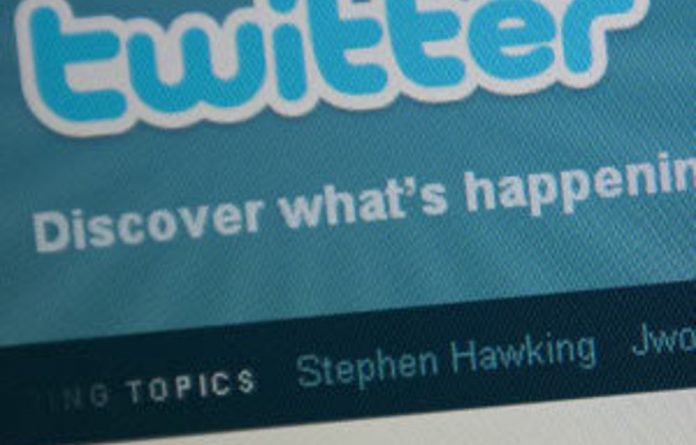 South Africans are the most active tweeters on the continent, producing twice as many tweets as Kenya, the next most active country.

According to communications consultancy Portland Communications, over five million tweets were sent from South Africa in the last quarter of 2011. Nigeria, Egypt and Morocco trailed behind with under two-million tweets each.

The study, conducted together with the media platform Tweetminster, included an analysis of 11.5-million tweets originating in Africa and a survey of 500 of Africa’s most active tweeters.

It found that Twitter is becoming an important source of information on the continent — 68% of those polled said that they use Twitter to monitor news. It is also used by a largely young and connected demographic — 57% of the tweets were sent from a cellphone and 60% of users fell into the 20 to 29 age group.

The majority of those surveyed said that at least half of the Twitter users they follow are also based in Africa. Beatrice Karanja, head of Portland Nairobi, said Twitter is helping Africa and Africans to connect in new ways and swap information and views. “We saw the pivotal role of Twitter in the events in North Africa last year, but it is clear that Africa’s Twitter revolution is really just beginning,” she said.

Mark Flanagan, Portland’s partner for digital communications, said one of the more surprising findings of the study was that business and political leaders are largely absent from the heated debates that often play out on Twitter. “Governments, businesses and development agencies can really no longer afford to stay out of a new space where dialogue will increasingly be taking place,” he said.

Arthur Goldstuck, managing director of technology research firm World Wide Worx, said Twitter could be used to great effect if one believed in the medium.

He used DA leader Helen Zille as an example of a political figure who has embraced the medium, despite the fact that it has brought her a fair share of negative press. Last year Zille was involved in more than one spat over race and racism in the Western Cape.

“Zille engages with followers, follows people back, and engages in debates and discussions,” he said. On the other hand, although the presidency has a Twitter presence, it isn’t well utilised. “Whoever manages it is using it as a broadcast tool, which is an ineffective way to get a message across,” said Goldstuck.

He said that in many cases, people who eschewed Twitter use the “comfortable stereotype” of Twitter users as middle-class people who hang on the words of celebrities as an excuse for ignoring the medium. “This is starting to be a very short-sighted viewpoint,” he said.

Twitter celebrity Khaya Dlanga said the lack of involvement from senior people in business and politics may be a reflection of their conservatism. “They don’t understand Twitter or what it’s for,” he said, adding that he was aware of a number of high profile people who use Twitter but don’t tweet. “They’re afraid to express a view or opinion in case there’s some kind of backlash,” he said.

“Public officials on Twitter are held to a higher standard so if you comment on a government issue, you need to know your facts,” he said. “You need to be savvy, otherwise you’ll get eaten alive.”