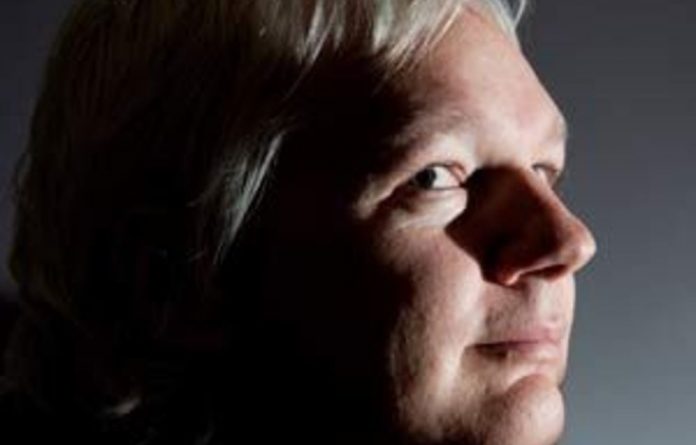 It’s the television channel that has given voice to a thousand anti-western conspiracy theories, while avoiding criticism of the hand that feeds it. Now state-run Russia Today, the Kremlin’s English-language propaganda arm, has forged an unlikely partnership — with the self-proclaimed defender of truth and freedom Julian Assange.

One day after the WikiLeaks founder said he was launching a 10-part series of interviews with “key political players, thinkers and revolutionaries”, Russia Today announced it had won exclusive first broadcast rights for the show, titled The World Tomorrow, and was due to begin airing the show in March.

“Our viewers are open to the discussions that will be presented through Julian’s show on our channel,” said the channel’s editor-in-chief, Kremlin loyalist Margarita Simonyan.

That may well be true, unless the guest comes from Russia. The channel, launched in December 2005 as part of a government campaign to boost Russia’s lagging global influence, remains slavishly pro-Kremlin, revelling in the antics of Vladimir Putin and avoiding sensitive topics, such as the prime minister’s rumoured wealth and his growing authoritarianism.

“Shame on you, Mr Assange!” Alexander Lebedev, the Russian owner of the Independent and London Evening Standard, wrote on his Twitter and Facebook accounts. “Hard to imagine [a] more miserable final[e] for [a] ‘world order challenger’ than employee of state-controlled Russia Today.”

It’s doubtful that any Russian “revolutionaries” will make the show’s guestlist. While Russia Today, or RT as it prefers to be known, has delved deep into protest movements around the world, with a particular focus on Occupy Wall Street, it has given cursory coverage to the upheavals that have shaken Russia in the wake of disputed parliamentary elections in December.

It has smeared some of the protest leaders, including Alexei Navalny, the opposition activist whose anti-corruption website has been likened to WikiLeaks.

An article on RT’s website attempting to introduce Navalny to western viewers did so by simply comparing him to Emma West, whose racist rant on a London tram went viral in November, in a nod to the Russian activist’s nationalist views.

Assange fits Russia Today’s profile of giving airtime to views and experts it says are avoided by the mainstream media. But that strategy has meant giving voice to bloggers and self-proclaimed pundits who have appeared on air to proclaim that Freemasons were behind the revolution in Egypt or that repeated showings of the film Deer Hunter in Stockholm were a sign of Sweden being a US pawn.

The channel, like the Russian government, has been very supportive of Assange since his arrest for allegedly sexually assaulting two women in Sweden in August 2010. The interviews will be filmed at Ellingham Hall in Norfolk, where Assange has been under house arrest as he awaits a UK supreme court hearing on his extradition to Sweden. The names of the guests have not yet been disclosed. —