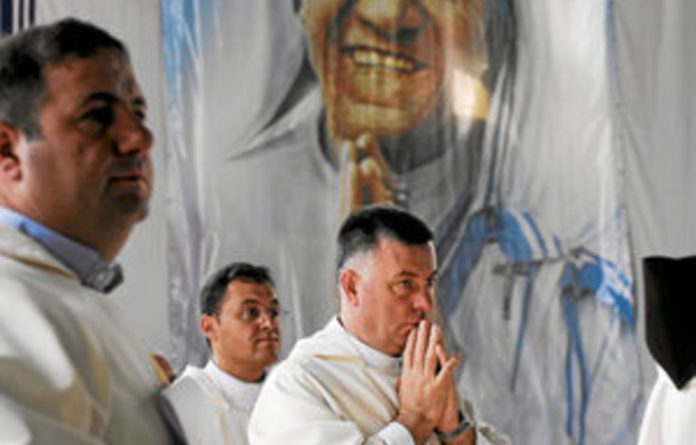 Christians outside the Catholic church, and many inside, can see what nonsense compulsory clerical celibacy is.

Its effect is often malign, producing loneliness, alcoholism and, at worst, efforts at emotional compensation through the irresponsible exercise of clerical power and unprincipled sexual activity.

Critics say there is nothing wrong with celibacy as such; it is a fine vocation. But to mix up the vocation of celibacy with that of the priesthood, tying them unavoidably together is a category mistake and it’s time for the Church of Rome to sort it out.

The Church of England and the rest of the Protestant world did this half a millennium ago.

Let Anglicans now just pause before patting themselves on the back too heartily, for the rectory drawing room houses a pachyderm.

The Anglican communion has itself imposed compulsory celibacy on a large section of its clergy: those who recognise they are predominantly gay in sexual orientation.

And surprise, surprise, many of the malign effects detectable in the celibate Catholic priesthood are equally detectable in this clergy group, plus often an equally malign problem: many gay clergy have conformed to peer pressure and entered a heterosexual marriage, thus endangering the happiness of not just one but at least two people and living out all sorts of lies alongside a ministry that is supposed to be characterised by truthfulness and integrity.

Others just organise their emotional life in various degrees of concealment. A very significant part of their personality is an embarrassment to their superiors, who seem to find promiscuous gay clergy who are furtive about their promiscuity easier to cope with than gay clergy living happily and faithfully with their partners. There is a grave danger that those observing such a partnership may think it works rather well; and then where would Anglican bishops be? Particularly those who are gay themselves?

It has got worse in recent years. The selection process for ordination training is now obsessed with the sexuality of prospective priests and devotes an inordinate amount of time to quizzing them about it.

All this activity is justified in the officially published “Criteria for selection for ordained ministry in the Church of England” by reference to a deeply flawed 20-year-old document titled “Issues in Human Sexuality” which has no real official status in the church, but which bishops today treat with more reverence than they do the Thirty-Nine Articles.

When will the Church of England wake up to what has become apparent to the rest of the nation? Set up social mechanisms within which two people of the same gender can openly pledge to love and honour each other, give them the social acceptance that heterosexual marriage has long enjoyed and you will find that their partnerships are no different, no better or worse, than heterosexual marriages.

That simple realisation has caused a revolution in social attitudes in this country, but the church has just stuck its fingers in its ears and chanted “la-la-la”. Perhaps it should remember how shocked many good Christians were when Martin Luther broke his monastic vows and married a nun who had broken hers. And that was the start of all those happy, productive clerical households that have been the bedrock of Protestantism. —