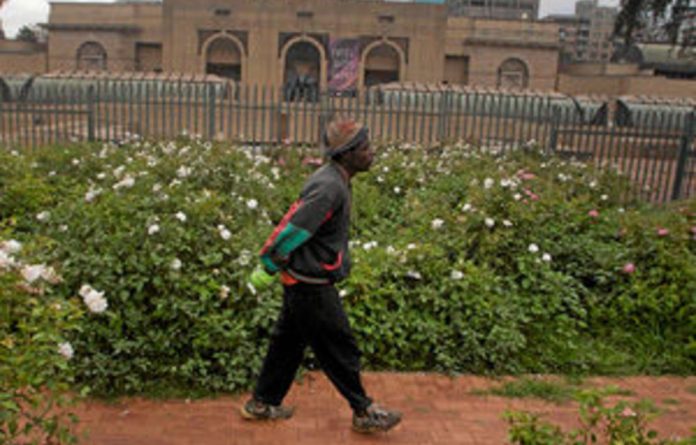 A burst waste pipe at the Johannesburg Art Gallery has flooded the basement with sewage and is threatening to engulf two storerooms containing artworks, furniture and ceramics estimated by one insider to be worth R500-million.

The one storeroom holds the gallery’s contemporary art collection, with works by William Kentridge, Wim Botha, Jane Alexander and Nicholas Hlobo. The other includes furniture by Le Corbusier and Ming Dynasty porcelain.

A source at the gallery told the Mail & Guardian: “We don’t have money even to call in a plumber.” Every time the toilets are flushed or someone runs a tap, the sewage level rises. Staff members are desperately trying to mask the smell with chemicals.

Beset by problems
Even if this emergency is resolved quickly, the gallery has been beset by problems, including a number of thefts in the past decade. In 2002 an El Greco was taken and in 2004 a Jongkind.

Last year five bronzes were stolen in three separate incidents, starting in January, when a sculpture of General Lazare Hoche by Jules Dalou was taken from inside the gallery and probably melted down for scrap. In February a work by artist Tracy Rose was stolen. The third incident happened in September when three more bronzes were stolen from the storeroom. The works are: King of the Universe by Ernest Ullman, Mourning Woman by Sydney Kumalo and Peter Pan by Romano Romanelli.

“We are relatively sure that it was an inside job,” said gallery director Antoinette Murdoch, referring to the September thefts. “Because, who knows our security systems and the back route of the gallery where the storerooms are better than our staff?”

Murdoch believes all five bronzes stolen last year were melted down and will never be recovered.

The day after the last theft, she witnessed a gallery employee trying to break into her office to steal a bronze from her desk. A number of other bronzes were found in bags waiting to be spirited out of the gallery.

Not a priority
The employee was arrested, yet as far as Murdoch is aware, no charges were laid and the matter was not even properly investigated. The South African Police’s endangered species desk is responsible for recovering stolen artworks but, according to Murdoch, it is overstretched in attempting to contain rhino poaching and she claimed that not enough is being done.

The gallery’s insurance company refused to pay out on the Dalou and Tracey Rose sculptures, as there was no forced entry. With the other works “even if we get the money back, we can’t replace those sculptures”, Murdoch said. “Our biggest problem is money.”

An amount of R1-million is needed urgently to upgrade security.

“The reality is that our security system is not at the level it should be.”

Finance for upgraded security was pledged last year by the executive director of community development for the City of Joburg, Philisiwe Tau (the wife of mayor Mpho Parks Tau), but it has not materialised. There has been a reported freeze on any new spending and insiders allege that the city is, in fact, bankrupt.

Falling apart
The building’s extension, built in 1986, is leaking and requires major repairs. The air-conditioning system was never properly maintained and now needs to be replaced. Apparently, the lighting system is also inadequate for the gallery’s needs.

The Iziko museums of Cape Town are funded by the national government but the Johannesburg Art Gallery has to rely on the cash-strapped local government for money.

Designed by Edwin Lutyens and completed in 1915, the gallery is one of the most important in the country and it is housed in one of South Africa’s great buildings. But its location and sad state of disrepair have driven mainstream art lovers away from its attractions.

“The location has an impact,” admitted Murdoch.

She said that many people from the northern suburbs were afraid to visit Joubert Park.

However, a new demographic of black people in their 20s and 30s now frequented the gallery.

Looking elsewhere
Murdoch is now looking “for ways to move forward without the City of Joburg. I always tell people to stop complaining and start contributing,” she said. “I challenge people to work with us.”

Meanwhile, garbage washes into the gallery grounds after storms, giving the it a rundown appearance.

“It has been neglected by the City of Joburg for many years,” said ­Murdoch. “So when people complain about the neglect, they’re not wrong. I’m saying: help us to improve it.”