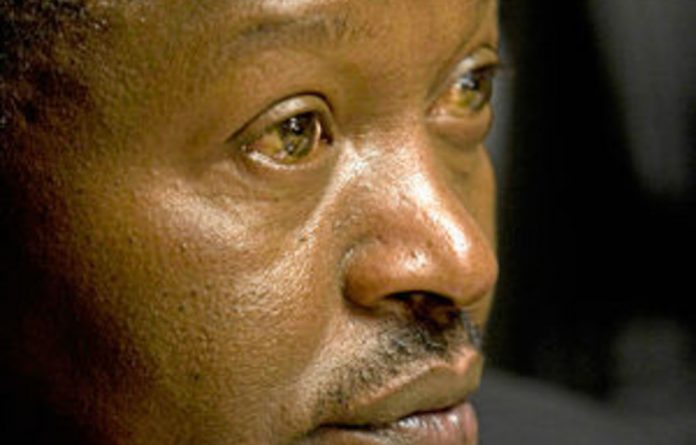 A smear campaign to link senior ANC politicians to the instigation and funding of violent service delivery protests in Mpumalanga, allegedly hatched by Premier David “DD” Mabuza, backfired when his alleged agents provocateurs admitted the lies and deception.

The plot was intended to place the blame for masterminding 2009’s protests in Balfour, Lydenburg and Piet Retief on ANC national treasurer Mathews Phosa, former Mbombela (Nelspruit) mayor Lassy Chiwayo and Fish Mahlalela, who chaired the provincial select committee on public accounts at the time.

In initial affidavits seen by the Mail & Guardian four men claimed to the police that they had been paid by Phosa and Chiwayo to start the riots in the three towns. It is believed that this concocted and elaborate plan was meant to provide “evidence” that Phosa, Chiwayo and Mahlalela were behind a campaign to destabilise Mpumalanga and, in the process, undermine the leadership of Mabuza, who is a close ally of President Jacob Zuma.

The alleged dirty tricks were aimed at the three politicians, who are perceived to be part of a strong anti-Zuma faction. The campaign is yet another manifestation of the intensity and bitterness of the ANC’s succession race, which will culminate in its elective conference in Mangaung, Free State, in December.

Chiwayo and Phosa have been considered strong political rivals of Mabuza in the province as well. Chiwayo challenged Mabuza for the provincial chairperson position in 2008, but lost by a narrow margin.

The four alleged plotters — Sibusiso Mabuza, Thulani Sibanyoni, Themba Tladi and Nkosinathi Ndlovu — subsequently admitted in further affidavits that their initial declarations were false. In these new affidavits, also seen by the M&G, the latter three men claimed they were promised R20 000 each by the “plot facilitator”, Sibusiso Mabuza (not related to the premier).

On the strength of this promise, they allegedly then went to Premier Mabuza’s Nelspruit house. “It was myself, Themba, Nkosinathi and Sibusiso and the premier asked us what we want in life and we said jobs,” states Sibanyoni’s new affidavit. “The premier gave us R9 100 and he said we can come back on Sunday to get the remaining balance.” They never got the rest of the money, he claimed.

The alleged dirty-tricks campaign started in July 2010, with Sibusiso Mabuza recruiting the three young men to make statements to the police alleging the “plot” by Phosa and company to make Mpumalanga ungovernable. According to their new affidavits, Sibusiso Mabuza told them the premier was behind the plot. The men then made these allegations under false names, claiming they were from the three areas where the service delivery protests had taken place the year before. But some basic policing led to their stories being exposed as false.

In his fabricated statement Sibanyoni had claimed that he was from Lydenburg. What he did not know was that the interrogating officer, Constable Given Mahlako, was originally from the town. When the alleged plotter could not identify the town’s former mayor or give his own address, it was a short route to him confessing that his statement was false.

“I’m from Lydenburg and I worked there during the protests,” states an affidavit by the constable. “He [Sibanyoni] got the former mayor’s surname wrong and I started questioning him. That is when he told us that he was not from Lydenburg but from Bronkhorspruit, and claimed that he was recruited by Sibusiso.”

It soon became clear that all three were in fact from Bronkhorstspruit and were nowhere near the protests that they were supposed to have instigated, as they initially claimed.

Sibusiso Mabuza then allegedly made contact with Chiwayo and offered to “tell all” about the alleged dirty-tricks campaign in exchange for money. He was arrested in September 2010 on charges of fraud and perjury after the former mayor alerted the police about the alleged attempt to extort money from him.

Sibusiso Mabuza refused to comment on the allegations. “Yes, I was arrested for something like that. I will not comment on the issue as it is still in court.” He is scheduled to appear in the Nelspruit Magistrate’s Court on May 14 for trial.

Tladi said: “I don’t know where you got my number. I am at work, please call me later after I have knocked off.” When the M&G tried to phone him again, he did not answer.

Ndlovu and Sibanyoni could not be reached on their cellphones.

Mpumalanga police spokesperson Lieutenant Colonel Leonard Hlathi refused to either comment on the case or say why only Sibusiso Mabuza had been charged and none of the other three men. “We are not in a position to divulge anything in respect to your questions at this point in time due to the fact that the matter is still sub judice. We do not want to jeopardise our investigation,” he said.

The ANC’s spokesperson in Mpumalanga, Paul Mbenyane, said it was unfortunate that leaders at the highest level were implicated in the allegations. “We are concerned about the allegations because they have the potential to divide the ANC and make the public look at our members with suspicion.”

Phosa, when asked whether he considered this to be a dirty-tricks campaign against him, said: “I think it’s obvious.” But he was unsure whether it formed part of the ANC’s bitter succession battle. “I see this as criminality. I still want to know why they are not prosecuted. It means they can go and do it again, because they can get away with it.”

For Chiwayo the whole “plot” harks back to the January 2009 assassination of Jimmy Mohlala, who had been the Mbombela Local Municipality speaker and a corruption whistle-blower. Chiwayo said his life, too, had been threatened because he had “refused instructions” from ANC regional members at the time not to dismiss a municipal manager, Jacob Dladla, who had been implicated in corruption. Mohlala was gunned down a day before he was due to testify against Dladla in an inquiry relating to the construction of the local World Cup stadium. Dladla was regarded as a close ally of Mabuza.

“The reason I am a victim today is because I refused to take instructions while still mayor of Mbombela not to retain the municipal manager who was dismissed on allegations of corruption,” said Chiwayo.

About the latest “plot” he said: “When Sibusiso asked to meet with me to give me information, he alleged that he was working closely with the premier, who had asked him to frame me and others. He wanted to introduce me to other men he was allegedly working with, but I referred him to [ANC secretary general Gwede] Mantashe because the allegations were too sensitive.”

An ANC spokesperson, Ismael Mnisi, said on behalf of Mantashe: “Such kind of meetings where the secretary general meets with people who have information, or who come to report something, are confidential. Whether it took place or not — we are not in a position to disclose that, considering the sensitivity of the matter.”

The premier’s spokesperson, Lebona Mosia, refused to comment on the allegations. “The office of the premier will not dignify these baseless, unfounded and unsubstantiated allegations with a response,” he said, before threatening to report the M&G to the police for having access to the affidavits.

Social partners at Nedlac agree to help to turn Eskom around