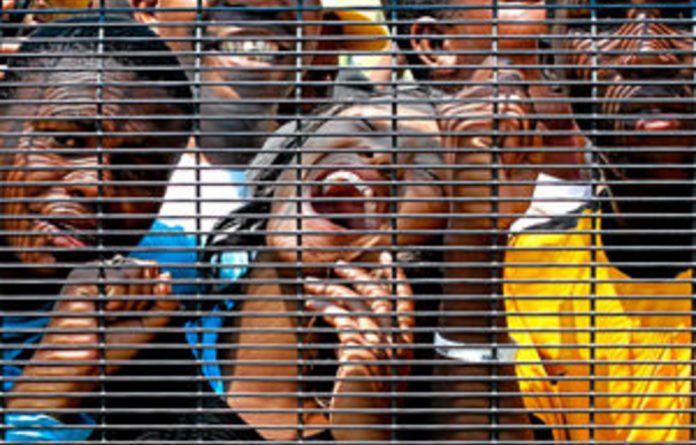 Last week we argued on these pages that Julius Malema and others use the term "economic freedom" deceptively and cruelly. Their usage of it is deceptive because the term, in fact, means the opposite of what they suggest.

But it is also a cruel political language game because the political elites are using the term, even if erroneously, simply to try to gain popular support, instead of helping to deliver economic justice. This justifies reflection on what precisely "economic freedom" does and does not mean.

Some might respond that, regardless of Malema's motives, the very idea of "economic freedom" is indisputably a good one. But it is not the case and here is why.

Freedom is a contested term. Socially and politically it means that there are virtually no laws and rules in society preventing people from doing as they please. On a personal level, an intuitively plausible interpretation of freedom is that one is more or less free, depending on how many constraints there are in your life. If you are tied up and cannot move, you are not free. If you are untied again, you become a little more free.

In grand political terms, you have more political freedom the more you have an absence of political constraints: no one stops you from organising politically, you are not excluded from voting, you are not prevented from expressing your ideas, or holding whatever beliefs you choose to hold. When these freedoms are taken away, evil political systems such as apartheid take root and great struggles for political freedom emerge. It is therefore not surprising that our own memory of yearning for "political freedom" should be conjured up when a populist leader throws the idea of "economic freedom" at us.

But political freedom and economic freedom are different conceptual beasts. Economic freedom refers to unconstrained markets: ones that are free of any regulation, interference or intervention from government or any other source. This, in turn, leads to highly specific conceptions of the role of the state.

What is implied by "economic freedom"?
It implies, at the very least, a neoliberal conception of the relationship between the state and the economy. The central idea is that a small state — one that provides little oversight of, and intervention in, the markets — is desirable. And those truly committed to economic freedom in its purest philosophical sense would probably be libertarian and not merely neoliberal, such as the Tea Party in the United States. They would punt for a state that restricts itself to the barest minimum of regulatory roles, leaving the trajectory of the economy to be a matter of the outcome of decisions taken by individuals and communities.

Is this truly the ideological space that Malema and the ANC Youth League wish to occupy? Either they are using the term wrongly by confusing it with political freedom, which would be a reflection of how little they care about conceptual and policy rigour, or they are simply enjoying the rhetorical force of the term because it is good for their self-serving political aims.

Still, someone might persist that when Julius Malema and his cohorts speak about economic freedom, they do not remotely mean it in the neoliberal or libertarian terms we are outlining. What they intend their supporters to understand from the term, perhaps, is freedom from economic want and the ability to participate fully in what would clearly be an "unfree" economy.

The problem, of course, is that they, in a fit of ideological irony, have adopted an entirely economically right-wing framework. This error, if that is what it is, is useful: it confirms our previous claim of a programme intended to benefit a politically connected few, the kind of justice-blind outcome that neoliberalism often generates. It is correct then to expose the intrinsic problems with the framework adopted by the youth league, whatever its intentions might have been.

A philosophy of "economic freedom in our lifetime" would lead to greater, rather than less, social and economic exclusion and injustice. Why? Because a neoliberal or libertarian state is one that does not readily care to correct the skewed and unjust distribution of resources that exist under conditions of "economic freedom".

Free markets do not care about economic justice. Free markets are designed simply to facilitate unlimited exchanges and the accumulation of goods and services efficiently for those who have the ability to do so. The system is not designed to be fair and does not bother about those who do not have the ability to engage in exchange and accumulation.

So we need to banish the entire idea of "economic freedom", because it is the wrong framework for achieving social and economic justice to complement the achievement of South Africa's political freedom.

The real conversation should be about how an effective state delivers the promise of constitutionally enshrined socioeconomic rights to create substantive equality. Like what would a state need to look, feel and act to ensure that it is fit for the purpose of delivering socioeconomic rights — such as health, education and welfare — as well as economic justice? How can the state play an appropriate role in the economy so that everyone has a fair opportunity to live a meaningful and flourishing life?

We need a government, whether of an ANC or Democratic Alliance variety, that delivers local government services, education, health and housing and orientates public enterprises to meet their mandates. Simultaneously, South Africa requires a society-friendly private sector that shifts its logic away from solely pursuing a high accumulation path towards sustainability and job creation.

It is important to shift our energies from political slogans that mislead to engaging more meaningfully in conversations about state capacity, state effectiveness and partnerships with the private sector. This must be done with the collective aim of achieving substantive equality.

Ebrahim Fakir is head of governance at the Electoral Institute for Sustainable Democracy in Africa. Eusebius McKaiser is an associate at the Wits Centre for Ethics. These are their personal views

Ebrahim Fakir
Ebrahim Fakir is the director of programmes at the Auwal Socio Economic Research Institute (ASRI), and member of the board of directors of Afesis-corplan, a nongovernmental organisation in the Eastern Cape. He is also a member of the advisory council of the Council for the Advancement of the South African Constitution
Facebook
Twitter
WhatsApp
Linkedin