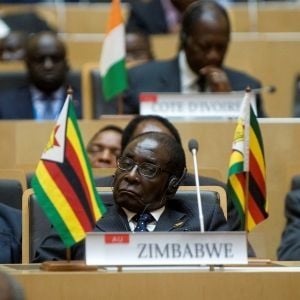 Fears over Zimbabwe President Robert Mugabe’s advanced age and health are driving calls from his backers for polls this year to end the country’s unity government, Prime Minister Morgan Tsvangirai said in an interview.

The 87-year-old veteran, Africa’s oldest leader, wants a vote this year after three tense years of power-sharing forced by bloody elections in 2008, but is once again at loggerheads with Tsvangirai who demands greater political reforms first.

“One can see they are running out of time on their candidate. President Mugabe’s health is definitely a serious worry to Zanu-PF,” said Tsvangirai about the ruling party’s urgency to get to the ballot box.

“They are worried about the level of divisions that are in the party, that there’s no cohesion in that party. They are too much concerned about retention of power and not about what they would do for the people of Zimbabwe.”

The unity government, set up after the chaotic 2008 vote crippled the country, has yanked Zimbabwe from meltdown despite both rivals bluntly pointing to their arrangement as an unhappy compromise.

Tsvangirai wants long-delayed reforms before Zimbabweans cast ballots in the shadow of a decade of flawed polls, but Zanu-PF is angling for Mugabe, whose health has been debated in the media, to run again for the top spot this year, 32 years after taking power.

“He is an old man, he is not getting any younger and I think age is beginning to tell. But certainly not his ability to think, I think his brain is very much intact. But his health is telling, his body is frail,” Tsvangirai said.

“If I were any of the key advisors I think he should have packed up and left the scene.”

The former trade unionist who has faced arrest and beatings, offers biting observations on his ruling partner in a new autobiography, describing Mugabe as a “pathological coward” running a “dictatorship”.

“This is a relationship that has evolved from acrimony to very serious polarised positions to a situation where we can work together,” he told Agence France-Presse at his home in a quiet Harare suburb.

“President Mugabe may have seen this as a way of protecting his power, but I see it more as a response to the plight of the people … So perhaps we are entering this coalition from two different perspectives but I’m quite certain as far as I’m concerned that our objective is noble. That’s why we entered into this coalition government.”

“We have an irreversible process towards resolving the crisis once and for all. Why would anyone want to collapse it? To achieve what?” he said.

“I do not foresee anyone recklessly trying to stand up there and collapsing the government but you never know, you have to provide for it.”

Despite holding executive office, a painting of Tsvangirai does not hang alongside Mugabe’s presidential portrait in public offices.

The prime minister has been repeatedly snubbed by Mugabe’s refusal to reform key areas agreed to in their regionally brokered pact.

Chaos
The security forces continue to be accused of brutality and the state-owned media remains a Zanu-PF mouthpiece which Tsvangirai says still vilifies him.

“I could easily collapse this GNU [government of national unity] based on emotional attacks that have taken place, based on frustrations, but are we solving the long term problems the country is facing?” he asked.

“If this government collapses, what do you replace it with? You replace it with chaos and uncertainty and all that we have striven to achieve, stability over the last three years, will go through the window … So I think I’m motivated more by the greater objective than these short term things and they won’t bother me. I’ll keep my eye on the ball.” — AFP