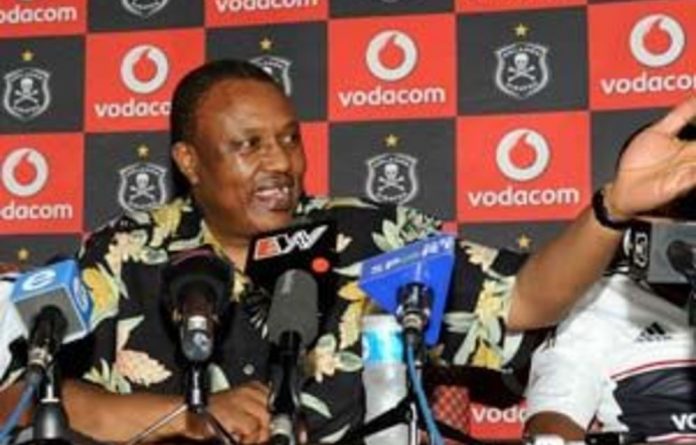 Orlando Pirates and Premier Soccer League (PSL) chairperson Irvin Khoza said it may be a good omen for the local Premiership that fewer players are venturing overseas.

Khoza was speaking in Johannesburg on Tuesday after Pirates unveiled Sifiso Myeni and Thandani Ntshumayelo as their latest signings, on the final day of the January transfer window.

“I’m happy that fewer of our players are going overseas because it means that the Premiership gets to keep its best players,” said Khoza, briefly donning his PSL hat.

“Of course, it’s always good when a player goes and tests himself abroad because they get exposed to new training.

“Our football is getting stronger now and ever-developing.

“We are stronger and better than some of the European leagues.”

Defender Bongani Khumalo, who was successful in moving to English Premiership side Tottenham Hotspur last January, has since struggled to fit in at the club.

Khumalo was sent to Reading on loan at the start of the season but last week was deemed a surplus by the side.

Khoza cited the latest trend where Brazilian players had opted to remain in their own league — as long as the clubs were prepared to meet their financial needs.

‘Stronger and stronger’
He said the PSL was starting to attract some European players, including Pirates’ recent signing of veteran former Portugal international, Luis Boa Morte.

“Look at what is happening in Brazil where it will be difficult to get players from there,” he said.

“There are less transfers [abroad], meaning the Brazilian Championships will get stronger and stronger.”

The PSL brand has been prospering in the last three years and renewed a multibillion rand television rights deal in 2011.

With sponsors also pumping millions into the game, clubs are able to meet the rising demands of players’ salaries — some of which now compare with European leagues. — Sapa

Danny Jordaan has laid down the law and forbid behind-closed doors matches from going ahead.
Read more
Sport

Sports, Arts and Culture Minister Nathi Mthethwa has made clear that the government is not opposed to games going ahead without spectators provided they adhere to strict safety protocols
Read more
Sport