Shining Misbah pulls Pakistan back from the brink 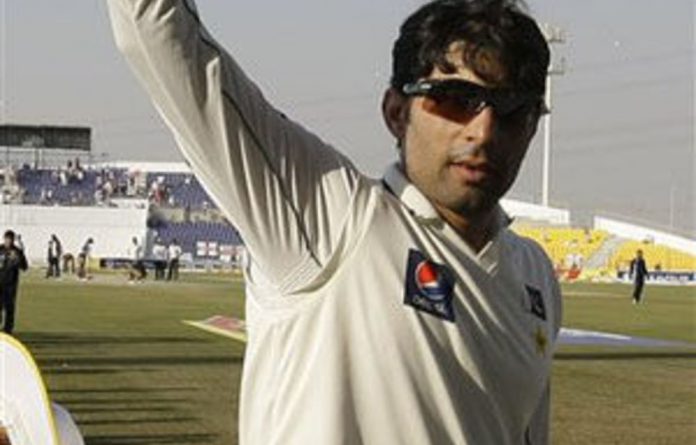 Following the Pakistan cricket team has often been a veritable health hazard for their supporters, pledging allegiance to a supremely talented but highly fractious bunch that would veer from the sublime to the ridiculous in the blink of an eye.

Even at the start of this decade, the team functioned more like a secret society where any newcomer would struggle to breathe in a dressing room polluted by air thick with suspicion.

Not so long ago, local media would report stories about senior players holding clandestine meetings at a former captain’s residence to take an oath to betray the incumbent.

A former coach would call the players “mentally retarded” and a captain would blame poor fielding on teammates busy ogling girls in the outfield.

Of course, any players named denied the allegations.

Even for such a disjointed side, the 2010 spot-fixing scandal would mark a new low, culminating with the imprisonment of the then captain Salman Butt and bowlers Mohammad Amir and Mohammad Asif for agreeing to bowl deliberate no-balls in the Lord’s Test against England.

It’s now less than a year-and-a-half on and Pakistan have not only survived the crisis but emerged stronger under Misbah-ul-Haq’s understated captaincy, revelling in consistency and shrugging off their notorious unpredictability.

Just doing well
Misbah and his men have clearly banished the nightmares of their previous meeting with England to take an unassailable 2-0 lead against the same opponent in a “home” series in the UAE and are eyeing a clean sweep.

The latest success follows their series victories over New Zealand, Zimbabwe and Sri Lanka in a highly rewarding 2011 when they won six of the 10 Tests, losing just one.

“After the spot-fixing scandal the players discussed things and we unanimously agreed that we need to just do well,” Misbah recently told the Geo News channel.

“I am happy that we have been playing with lot of focus, dedication and discipline. The players have lots of faith in each other and their abilities to perform under pressure.”

Forced to host teams in the Gulf due to security concerns, Pakistan have achieved a great deal under the quiet stewardship of a 37-year-old captain who is unlike any of his predecessors.

Misbah does not warrant comparison with either Inzamam-ul-Haq or Younus Khan as a batsman, lacks Shahid Afridi’s flamboyance and is not as articulate as Butt at presentation ceremonies.

Well-knit unit
However, shoehorned into captaincy after Butt’s ignominious exit, Misbah has achieved what most others could not.

He has won eight of the 12 Tests he has been in charge of the team and is yet to lose a series as skipper.

More importantly, Pakistan finally look like a well-knit unit of honest triers who have complete faith in their phlegmatic leader and his single-minded pursuit of victory.

“It’s better to win by playing defensively, instead of losing by playing aggressively,” Misbah said before the start of the series against England.

This safety-first approach is hardly a surprise, coming from a man whose fatal scoop shot in the final of the 2007 Twenty20 World Cup allowed arch-rivals India to walk away with the trophy.

Misbah may not have secured his place among Pakistan’s great captains yet but in the first two Tests against world No. 1s England, he has shown tactical acumen and flexibility to get the best out of his teammates.

In absence of Asif and Amir, Umar Gul is relishing leading an inexperienced pace attack while spin twins Saeed Ajmal and Abdur Rehman have ruthlessly exposed the technical deficiencies of the English batsmen.

The second Test in Abu Dhabi was proof of the team’s never-say-die attitude and Misbah’s excellent captaincy.

Becoming the world’s best
With England chasing a meagre 145-run victory target, Misbah opened with Mohammad Hafeez’s gentle off-breaks and withdrew Gul after just three overs so that he could unleash the Ajmal-Rehman dynamic duo on the tentative batsmen.

Vindicating his decision completely, the spin trio shared all 10 wickets, shooting out England for 72 in just over 36 overs for a memorable series-clinching victory.

For their volatile fans, it was a heart-warming display of the team’s collective grit and many would believe Misbah applied some of the management lessons he learnt as a degree student in Lahore.

It is this steady progress that convinced coach Mohsin Khan that Pakistan, currently ranked fifth, can become the top Test playing nation.

“I think this team has the capacity to become the world’s best team,” he said in Abu Dhabi.

“Our target should be to gradually come in the top three in both Tests and one-day cricket, and then gradually go to world No. 1.” — Reuters